The intricate Byzantine mosaics that adorn the eastern apse of the hilltop Cathedral of San Giusto in Trieste, Italy, depict two lithe archangels, Gabriel and Michael. The long, curving, feathery wings that emanate from their back before curling gracefully to the ground immediately mark these creatures as existing beyond nature as we currently know it. Imagining such fabulous cross-species chimeras as these and other mythological creatures such as centaurs was a prescient ancient anticipation of humanity’s potential genetic future.

As Gods: A Moral History of the Genetic Age

We may earn a commission if you purchase products through the links on our site. 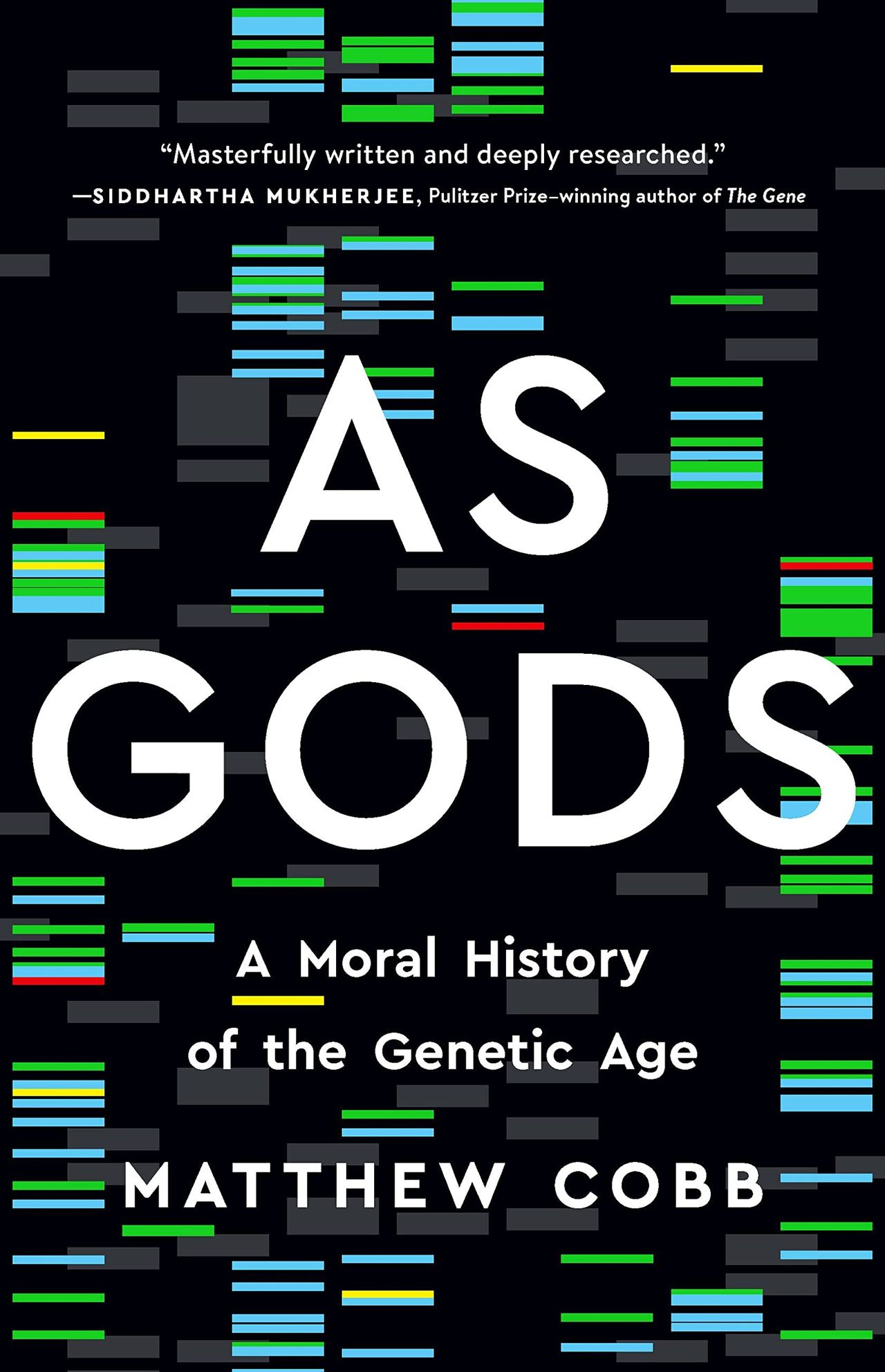 In his wonderful book As Gods, a thoughtful, vivid, and powerful account of the history of genetic engineering, English zoologist Matthew Cobb teaches us how scientists began to learn how to… creates chimeras in the real world. The development of the ability to cut and glue the genetic material that determines the shape of living things has profoundly changed humankind’s relationship with the natural world.

Mr. Cobb points to a canon of works including Francis Bacon’s visionary New Atlantis (1626), in which the author optimistically speculated that plants and animals could be artificially manipulated to produce New Kinds of Perfect Creatures; Mary Shelley’s Frankenstein (1818), which evokes the dangers of tinkering with nature; and Aldous Huxley’s dystopian Brave New World (1932). The author posits that such fictional forays into biological possibilities were both the imaginary precursors and the intellectual substrate for the eventual realization of genetic manipulation. They showed what could be done while implying that such interventions had the potential to undermine the fundamental rules of human nature and society in both favorable and unfavorable ways.

The ability to directly manipulate genetic material and fuse the genes of one species with those of another into hybrid genetic structures originated in the work of one man: Brooklynist and Stanford biochemist Paul Berg. As reported by Mr. Cobb, Arthur Kornberg, a Stanford biochemist, had shown in 1967 that it was possible to synthesize viral DNA in a test tube and use an enzyme to join the pieces together. The newly synthesized DNA functioned efficiently even inside cells. Kornberg generously shared his enzyme reagents with Berg, who by 1972 had successfully combined pieces of genetic material from different species into a single piece of “recombinant” DNA.

Mr. Cobb describes how Herb Boyer transformed this method into a more user-friendly version at the University of California San Francisco; he calls this the moment when “the age of genetic engineering” began. Shortly thereafter, Mr. Boyer and Stanford geneticist Stanley Cohen sat down at a kosher deli near Waikiki Beach in Honolulu. When they “scribbled on paper napkins” in November 1972, the researchers found that the genes of any species could be inserted into bacterial DNA. The bacteria could then be tricked into synthesizing the protein encoded by the foreign gene.

This process, now known as “gene cloning,” was a major achievement. She democratized recombinant biology, laid the foundations for the modern biotechnology industry, and made the manipulation of life a global enterprise. In late 1975, Mr. Boyer was approached by an unemployed MIT graduate named Bob Swanson, who entertained the vague possibility that recombinant genetic engineering could be exploited to create what Berg had called “new forms of medicine” those of “tailor-made organisms.”

The work of Mr. Boyer and Swanson led to the founding of Genentech, the first biotechnology company ever. The founders synthesized recombinant human insulin molecules in bacteria. Humulin, as it became known, was approved by the FDA for the treatment of diabetes. Based on this definitive demonstration of the commercial potential of recombinant biology, Genentech’s stock soared on the day of its original IPO in 1980, which this newspaper described as “one of the most spectacular debuts in living memory”.

Accompanying the tremendous successes of the new genetic gold rush was the self-evident fact that the ability to reorganize genetic material raises important philosophical and ethical questions. In fact, after Kornberg’s early experiments, his collaborator pointed to an impending “second genesis.”

Further advances in genetic engineering, including the advent of Crispr-based gene editing, and more recently demonstrations that the genomes of simple organisms such as bacteria and yeast can be redesigned and synthesized from scratch, have made such problems even more compelling. Chinese scientist He Jiankui’s irresponsible use of Crispr – he used the technique to edit the genetic material of three human embryos – has shown how easily such methods can be misused.

In his December 1980 Nobel Prize acceptance speech, Paul Berg anticipated such problems when he noted that there was “a fear of investigating the very nature of life” and questioned whether “certain investigations on the fringes of our knowledge and our ignorance should stop for fear of what we might discover or create.” Indeed, early in As Gods, the author informs us that his impetus for writing the book came from his own concern about the systematic normalization of genetic engineering and the discrepancy between it increased sophistication and lack of serious effort at understanding and articulation stemmed its possible consequences. The ability to manipulate DNA led to an unprecedented and potentially disastrous new scientific reality. Visceral realizations of new versions of beings that had previously been impossible now became plausible.

Berg concluded his Nobel speech by stating that he prefers to be “more optimistic” about the future of genetic engineering. He quoted biologist Peter Medawar who had said, “To scoff at the hope of progress is the ultimate stupidity, the last word in poverty of spirit and meanness of spirit.” Even if we hope for progress – which reasonably is the elimination of all human diseases – should not and cannot turn their backs, a more intensive and serious dialogue is needed. Matthew Cobb makes it very clear that this conversation should involve more than just scientific specialists. In short, we may need to envision not just new forms of life, but a new kind of forum in which to debate the future of humanity and define the basis of a manifesto for life.

-Mister. Woolfson is the author of Life Without Genes and An Intelligent Person’s Guide to Genetics.