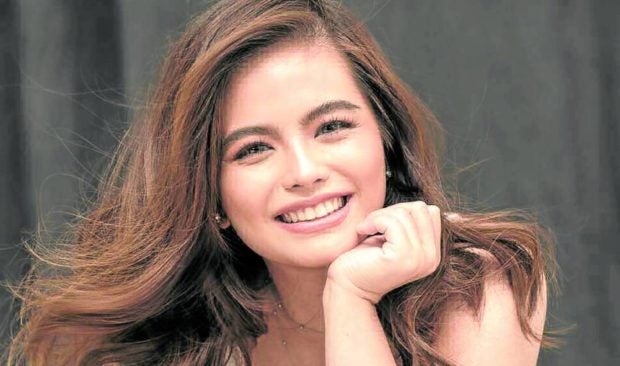 When her contract with GMA 7 ended sometime last year, Bea Binene had to freelance for a while. There was a feeling of insecurity. But luckily, she said, she finally found a new home at Viva Entertainment.

“I’m very grateful because they were there for me… While Viva was working on my contract, I started my own business because I didn’t have one at GMA anymore. Fortunately, there were still job opportunities,” she told the Inquirer recently at a story conference for the upcoming 10-episode series adaptation of author Gwy Saludes’ popular Wattpad novel, The Rain in España.

“There’s nothing certain about the future,” added Bea, who was officially added to their roster by Viva Artists Agency (VAA) last September. “But I feel very blessed. I didn’t have to worry because VAA made sure I was welcomed with open arms. And just a few weeks after I signed with them… game na agad. I already have a new project. Good things happen. I’m ready to work.”

With no network exclusivity, the 25-year-old actress – who last starred on the primetime series Beautiful Justice – is hoping for projects with companies or celebrities she hasn’t worked with before. “Wherever there is work or a good offer, I am of course grateful. Being an independent company I think it will be a broader one [range of] opportunities,” she said.

In her previous meetings with her new bosses, Bea spoke about the direction she wants to take in her showbiz career. “I told them about the projects I love to do the most. They discussed roles that we think would suit me. I told them about my limitations. I love how they value what you want to do and your limitations. They’re very open about it,” she said.

While acting is her main priority, Bea is hoping to take on more hosting jobs.

“It’s one of the things I like to do,” said Bea, who used to be the co-host of the weekly news magazine show Good News Kasama si Vicky Morales. “I’ve been doing public affairs programs for a while now. I’d love to have my own travel show… It’s something I’m passionate about because the education and knowledge you get… is valuable.”

During lockdown, Bea has been busy taking online courses and certificate programs. “In the beginning, I spent my free time catching up on Korean dramas. But later I realized I had to do something productive. So I took three leadership courses: one from Harvard Business School Online, one from the Kellogg School of Management, and another from London Business School,” she said. She also took up language classes in Korean and Mandarin. “No joke! I really wanted to keep myself busy. And it was the right time to do all those things because I had the time. I think those lessons will help in the long run,” she said.

Directed by Theodore Boborol, Rain in España follows the romance between Kalix (Marco Gallo), a young man from a family of doctors who decides to pursue a different career path. He joins the legal department at the University of Santo Tomas, where he meets the architecture student Luna (Heaven Peralejo). Bea plays one of Luna’s friends, Via.

“This project is an ensemble piece, so we really need to help and encourage each other to do the show well. As someone who has done youth-focused shows (“Tween Hearts”) in the past, I learned that you have to make the audience feel your connection and closeness with your co-actors,” she said.

Despite being one of the more experienced actresses in the cast, Bea knows not to be complacent.

“Your engagement should be there. There’s always room for improvement,” said the actress, who admitted she was adjusting to her new work environment. “Back at GMA, I knew everyone, even the cameramen. Now I’m working with a new production team, new actors. But I will continue to apply what I learned at GMA here.” INQ

Do not miss any news and information.