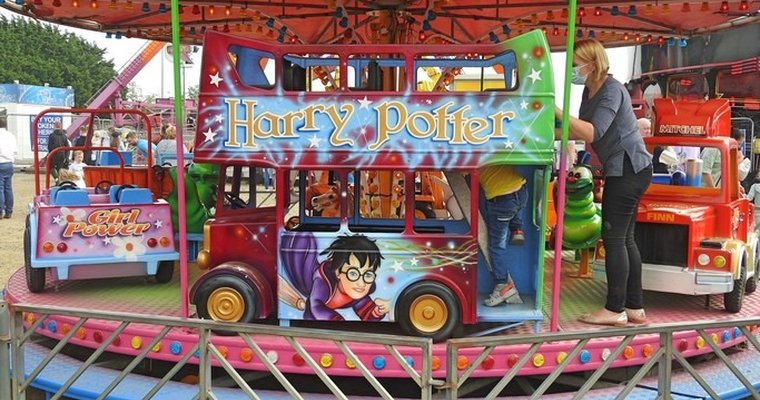 The role that video game intellectual property plays in the branding and licensing sector is now being expanded with the inclusion not only of toys, branding and merchandising, but also the delivery of immersive out-of-home experiences and with the introduction of Nintendo amplified , Sony, Ubisoft and other video game-based location-based entertainment establishments, the momentum in this sector is only going to increase.

Brand Licensing Europe 2022 in London last month hosted a catwalk style show to promote new mascots. This was one of the more direct comparisons between the symbiotic nature of the thematic entertainment business and the licensing and branding sector.

In a statement, Sony Pictures said this project is the next step in the company’s global strategy to grow and expand location-based entertainment by leveraging its world-renowned film and TV brands.

Acquisitions and mergers have also played a role in the branding and licensing scene, with news that Secret Cinema, known for its immersive live performance experiences, is based on licensed properties from studios such as Universal, Paramount, Lionsgate, Sony, Netflix and Disney based, was acquired by TodayTix Group, a global e-commerce company, for an undisclosed sum.

The merger sees the branding work continue, but with e-commerce operations providing seamless technology for audience insights and the growth of the immersive events business.

This is the first time that a major games, film, theme park and branding company has addressed the terminology of “experiences” in its offering and marks a significant moment in branding and licensing history. This will impact the products, licensing and franchising of the company’s various businesses including Universal Pictures, Universal Studios, Universal Parks & Resorts and NBCUniversal Television – with investments in immersive experiences and attractions, merchandising and toys/games on the base of intellectual property from across the company .

An example of Universal branding’s previous investment in London was Jurassic World: The Exhibition – a temporary installation featuring props and animatronics from the blockbuster film. This is an example of temporary traveling exhibitions and immersive entertainment, combining big brand IP with the expertise of themed entertainment attractions.

London is also seeing an explosion of live experiences based on media properties from streamed TV shows and films. These include Saw: The Experience, based on the Lionsgate film’s IP and developed in collaboration with Twisted Pictures and production company Path Entertainment Group, with the first copy opening in London in October.

Other media assets such as Tomb Raider have also been transformed into live experiences, which opened in Camden, London this year. As well as Netflix’s smash hit “Stranger Things: The Experience,” which drew rave reviews in the capital.

As for other major IP getting their latest public offering, there is also “The Wizarding World” which is based on Warner Bros. Harry Potter IP and creates several travel experiences developed by Imagine Exhibitions.

Along with Harry Potter: Magic at Play, an interactive attraction, a “Quidditch” skill-training game made its first stop in Chicago. Also “Harry Potter: A Forbidden Forest Experience,” a touring attraction that first returns to Cheshire, UK, and then lands in New York, which already has a location-based entertainment facility based on the property, Harry Potter Store New York, including a virtual reality experience developed in partnership with Dreamscape Immersion, which opened last year.

Not to be outdone, Hologate launched its Ghostbusters VR experience and Netflix-licensed immersive GameBox, including the mixed reality experience Squid Games.

Another company with experience in this space is Zero Latency with over 50 free roaming VR installations. Following its recent Ubisoft license with FarCry VR, the company announced in September that it had signed an agreement with Games Workshop to develop a Warhammer 40,000 VR experience for its platform.

Based on the Space Marine characters, the game will be rolled out to all venues in 2023.

A movie-based pintable is expected to be as popular as the famous “Addams Family” is.

Meanwhile, Nintendo completed the acquisition of Dynamo Pictures announced back in July. The acquisition of the film company’s shares by the Japanese video game group will result in the company specializing in CGI films being renamed Nintendo Pictures – and the restructured company will now focus on content development using Nintendo IP.

Movie and game character implementations have seen some success, particularly in the shadow of the Sonic the Hedgehog sequel, in which Sega has taken video game characters to a new level of fame – as Nintendo intends to enter the scene after dropping this has trailer for “The Super Mario Bros. Movie” in cooperation with Universal in October millions of likes.

The importance of branding for immersive entertainment and attractions has been part of the industry since its inception.

(Editor’s Note: Excerpts from this blog are extracted from recent coverage in The Stinger Report, published by Spider Entertainment and its Director Kevin Williams, the leading interactive out-of-home entertainment news service covering the immersive frontier and beyond .)

In addition to consulting positions with other market participants, he is the founder and editor of the Stinger Report, a must-read e-zine for those working in or investing in the amusement, attractions and entertainment industry. He is a prolific writer and regularly writes news columns for major trade publications. He also travels the world as a keynote speaker, moderator and panelist at numerous industry conferences and events. Author of The Out-of-Home Immersive Entertainment Frontier: Expanding Interactive Boundaries in Leisure Facilities, the only book on this aspect of the market, with a second edition due out in 2023.