By Anne Cosgrove
From the September/October 2022 issue

The Sunflower State is experiencing a resurgence in corporate investment, employee training and quality of life. Looking at Gov. Laura Kelly’s actions since taking office in January 2019, it’s clear that a plan is in motion — the “Kansas Framework for Growth.” This widespread initiative, started by Gov. Kelly, impacts much of Kansas’ economy, from business investments to the workforce to social concerns like childcare and housing.

At the same time, the state’s location and infrastructure offer significant transportation and marketing advantages for businesses. With a focus on building and maintaining multimodal infrastructure, shipping to and from Kansas has become easier and less expensive.

With labor being the number one priority for all industries, government investment in education and human resources development helps ensure that skilled workers are available. Kansas is above the national average in both the percentage of high school graduates and the population with a bachelor’s degree or higher. With excellent schools and strong industry-education partnerships, Kansas businesses have access to a workforce prepared to meet the needs of businesses in a highly competitive global economy. 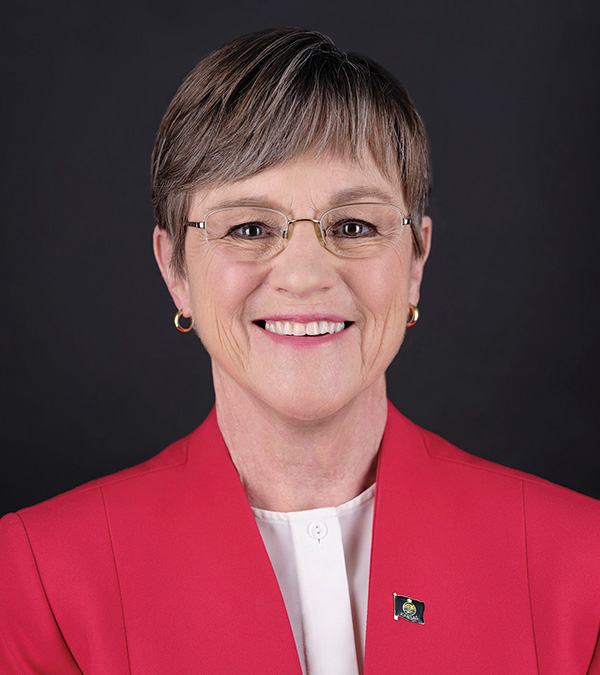 business facilities recently spoke to Governor Kelly about the latest for business and citizens in Kansas.

Business facilities: In June, they announced that since 2019, Kansas has attracted over $9 billion in new private sector investment and created or preserved more than 43,500 jobs in the state. What drives this activity?

Governor Kelly: In July, I announced that Kansas had attracted the largest private sector investment in the state’s history. Panasonic will build one of the nation’s largest electric vehicle battery factories, investing $4 billion and creating 4,000 new jobs in the process.

With that announcement, my administration oversaw the creation of more than 49,000 new jobs and injected $13.5 billion in new private investment, exceeding the combined investment of the previous two administrations.

Our intense focus on job creation and business investment has put Kansas on the map.

There are several reasons why we have had tremendous success in terms of economic development. For one thing, we have a concrete plan. In early 2021, I unveiled a new comprehensive strategic plan for Kansas economic development, the first of its kind in more than 30 years. The so-called “Framework for Growth” identifies areas of strength and new opportunities for our state that have since influenced our corporate recruitment efforts.

Second, we know that creating a good quality of life for families and young adults in Kansas is essential to nurturing the skilled workforce necessary to attract and retain businesses. We have continued to make historic investments in education, public safety, infrastructure and broadband access that have resulted in more businesses choosing Kansas.

BF: What are target industries for Kansas? Which companies have recently opted for the federal state?

Governor Kelly: The Framework for Growth created a roadmap for the advancement of several key industries in Kansas, including aerospace, agriculture, biotechnology, and animal health.

Kansas’ reputation as the “air capital of the world” was cemented in April when I announced that Wichita is now home to Bombardier’s US headquarters. The company is actively hiring to fill more than 180 positions in Wichita and nearly 500 positions across the United States immediately

In agriculture, we recruit companies that keep our industry modern and innovative. In May, I announced that Hilmar Cheese Company, Inc. would build a major manufacturing facility in Dodge City, an investment of $460 million that will create 247 new full-time jobs in western Kansas. In August, Amber Wave, a leader in sustainable agriculture, cut the ribbon on what will soon be the largest wheat protein manufacturing facility in North America. The company is investing more than $250 million in the facility, creating more than 60 new jobs as it reaches full capacity.

Our biotech industry is also growing. In April, I announced that Scorpion Biological Services would build a $650 million manufacturing facility in Manhattan and create 500 jobs. Then there’s the new National Bio and Agro-Defense Facility, a biocontainment lab soon to open in Manhattan.

After all, Kansas is the heart of the animal health corridor, and last month Simmons Pet Food announced they were expanding their operations in both Emporia and Edgerton. Their $115 million investment will create 117 jobs and fuel growth in these two communities and the region.

These industries are all growing for similar reasons: Kansas’ central location, strong infrastructure, and amazing workforce make our state the best place in the nation to build, hire, and invest.

BF: The APEX law, which went into effect in February 2022, focuses on mega-projects by new and expanding companies in the state. Can you give a brief overview of the incentive?

Governor Kelly: As the largest private investment in Kansas history and one of the nation’s largest electric vehicle battery factories of its kind, Panasonic Energy’s proposed De Soto facility will transform our state’s economy. The project will create 4,000 direct jobs, another 4,000 will be created by local suppliers, and the construction of the facility will create 16,500 construction jobs.

Winning this project demonstrated that Kansas has what it takes to compete on a global scale—and that our business-friendly climate drives the technological innovation needed for a more prosperous and sustainable future.