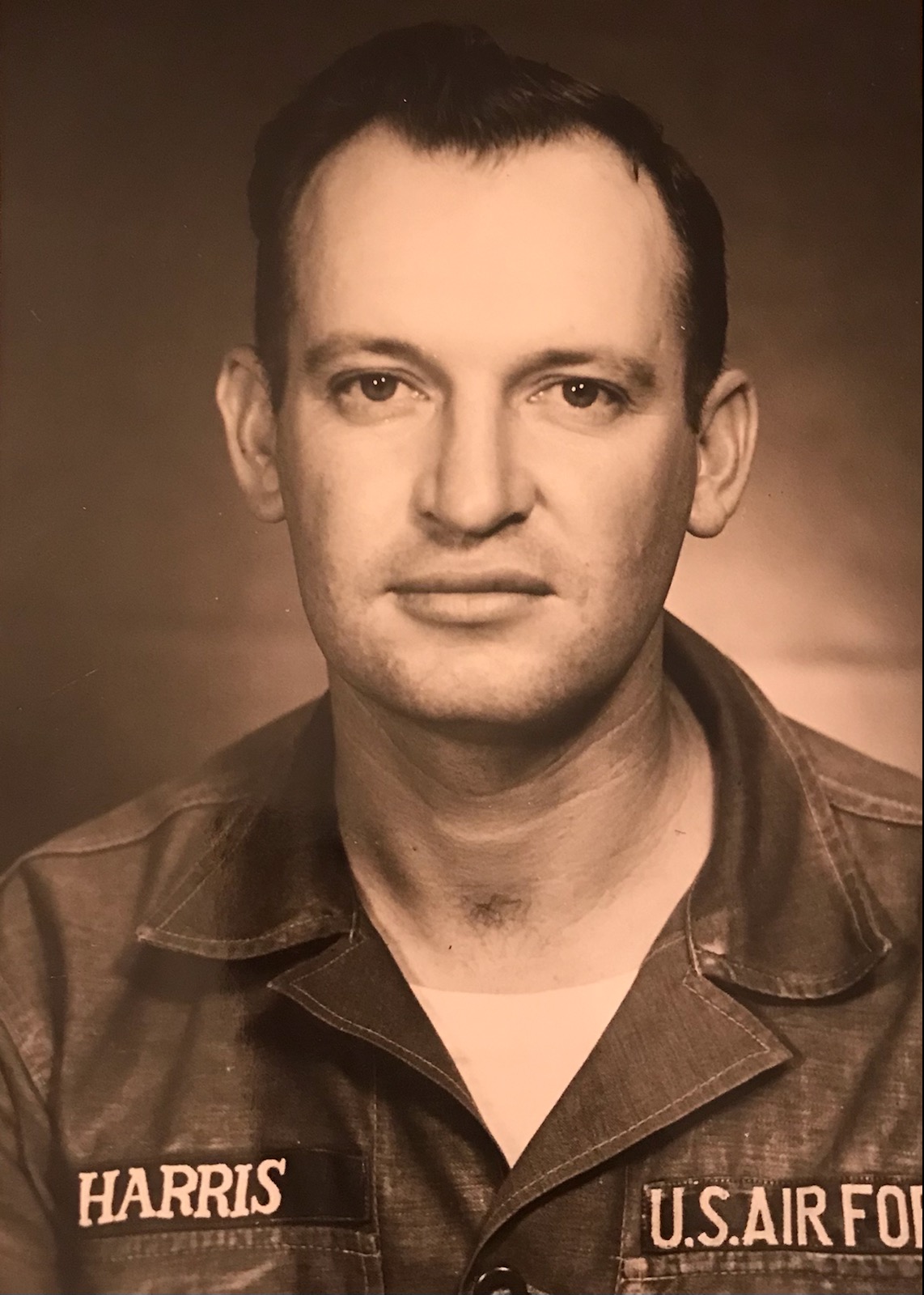 Charles was born on October 1, 1936 in Madisonville, Tennessee to William Alex and Nellie Olena Henry Harris. He was preceded at birth by two older sisters and followed shortly thereafter by two younger sisters. He roamed the woods around his home with his cousins, which instilled in him a lifelong love of the great outdoors. Working with his father and grandpa from an early age has instilled in him many admirable qualities, including a sense of humor, patience and a strong work ethic. Growing up on a farm and in nature, he worked side by side with all living beings and cared deeply for them.

Charles enlisted in the Air Force at the age of 18, which had been a lifelong dream. He was stationed internationally many times and served honorably in Vietnam. He retired from the Air Force 20 years later and was last stationed at Nellis Air Force Base. During his career he served as a military police and security officer. While in the military he married Doris Collier and they had a beautiful daughter, Kathy. They later divorced.

After retiring from the Air Force, he began his next career with the City of Las Vegas, Nevada, as a business license investigator. While working in the city, he met the love of his life, Patti Ann Cuff. They were married in Las Vegas on August 18, 1984 and were blessed with two children. After retiring from the city, they moved to St. George, Utah to raise their family. He enjoyed owning and riding horses, fishing, hunting deer, and supporting his family in all their endeavors.

He was a member of The Church of Jesus Christ of Latter-day Saints and held a special place in it his heart for the women missionaries who served at St. George Mission.

He is preceded in death by his mother, father, and three of his sisters (Edna, Lorraine, and Marie). He is survived by his wife Patti Harris, his children Kathy Lopez (Manny) of Arizona, Alex Harris (Brittani Lusk) of Eagle Mountain, Utah, and Megan Harris Phelps (Kory) of St. George, Utah. He is also survived by his grandchildren Nick Lopez, Chris Lopez, Caitlyn Harris, Autumn Harris and great-grandson Reuben Lopez. His sister Martha Rhinehart, brother-in-law Mike Cuff (Jennifer) in New Mexico and many nieces and nephews.

Family and friends who are unable to attend are invited to view the memorial service online by clicking this link: https://zoom.us/j/97662216067

The orders are being made under the direction of Spilsbury Mortuary, 110 S Bluff St., St. George, 435-673-2454. Family and friends are invited Sign Chuck’s online guest book.

Obituaries are received by the public and are not the product of St. George News, its editors, employees or contributors. The matters stated and opinions contained are the responsibility of the person submitting them. Obituaries may be emailed to St. George News for consideration [email protected]