When 10-day-old Riley was born a few weeks premature, she suffered complications and was left without oxygen for two minutes, putting her at risk of permanent brain injury.

“I was heartbroken,” said Alyssa Dellaera, Riley’s mother. “We’ve been told the entire time that the pregnancy is great, going in the right direction, everything is normal and then, just for a split second, there’s a problem with the umbilical cord and everything isn’t normal. Everything is wrong and your baby is being rushed to an intensive care unit,” Dellaera said.

Within an hour, the neonatal intensive care team at Johns Hopkins All Children’s Hospital began her treatment.

“She was treated with a relatively new treatment called therapeutic hypothermia, or cooling, which chills the baby’s temperature down to 33.5 degrees Celsius for three days, reducing the second wave of brain injuries that occur after oxygen deprivation,” he said dr Linda Van Marter, director of the Maternal, Fetal and Neonatal Institute, said. 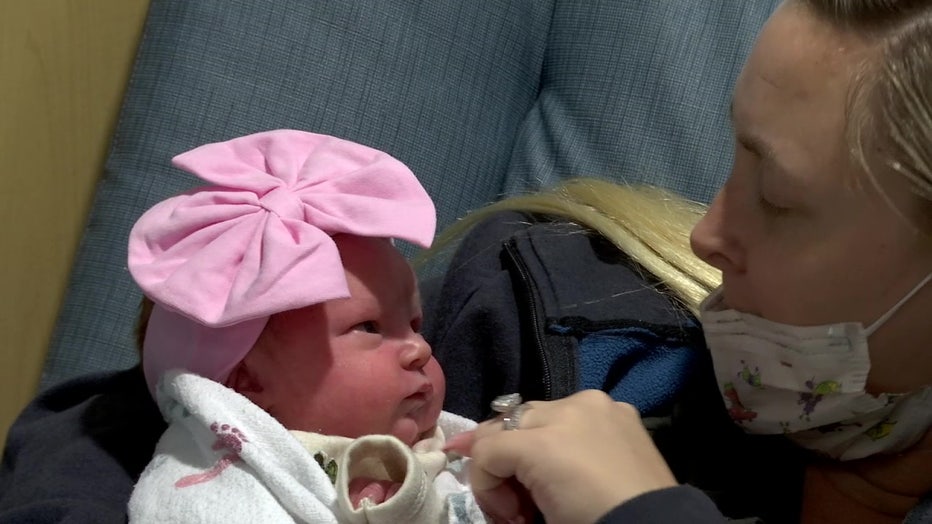 When 10-day-old Riley was born a few weeks premature, she suffered complications and was left without oxygen for two minutes, putting her at risk of permanent brain injury.

Van Marter is one of Riley’s doctors. She said the treatment was life-saving and brain-saving.

“In this case, little Riley did really well because our team was immediately available upon delivery, able to provide CPR and then provide cool down in a very short time,” said Van Marter.

They were able to start treatment so quickly, she said, because Riley was born at Bayfront Baby Place, which is on the third floor of All Children’s. The partnership between Bayfront Health and All Children’s, Van Marter said, makes it easier to get high-risk babies to the All Children’s NICU quickly.

“I think the delivery at Baby Place and the close access to the NICU here really made a difference in Riley’s case,” Dellaera said. 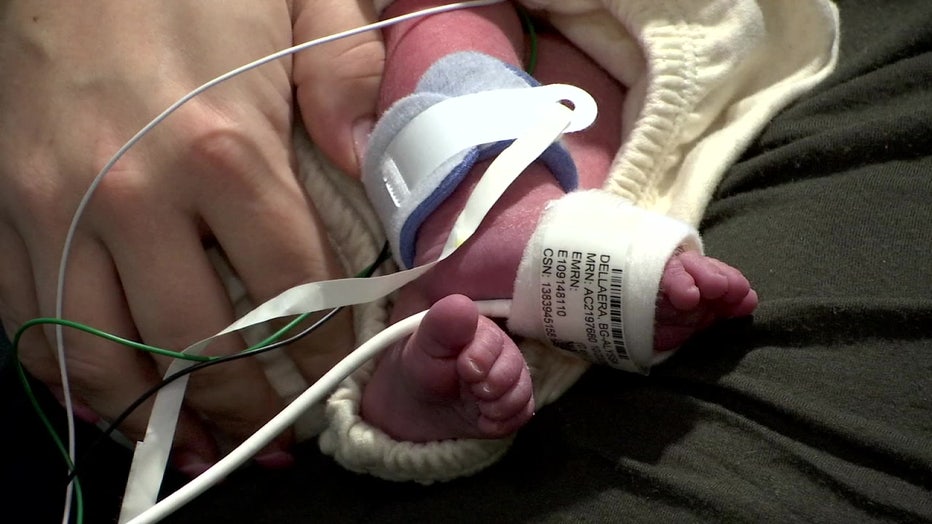 Riley underwent life-saving and brain-saving cooling technology in the NICU.

NICU has 97 beds and is rated a Level 4 by the American Academy of Pediatrics, the highest level available. Van Marter said most of those beds are usually filled with babies who are as young as 22 weeks to those who are about to be born full term but are having trouble giving birth.

According to the National Institutes of Health, one in ten babies was born prematurely in 2020. Van Marter said patients come for her care from across the state and some from different parts of the country.

READ: The premature boy plans a medical career after inspiring his father to become a NICU nurse

“When we see a healthy baby at term, it’s like a miracle, even though having a healthy baby at term is much more common.” About 90 percent of babies are born perfectly healthy in term pregnancy, but for the 10 percent preterm babies who need our services, we’re really glad we’re here to help,” said Van Marter. 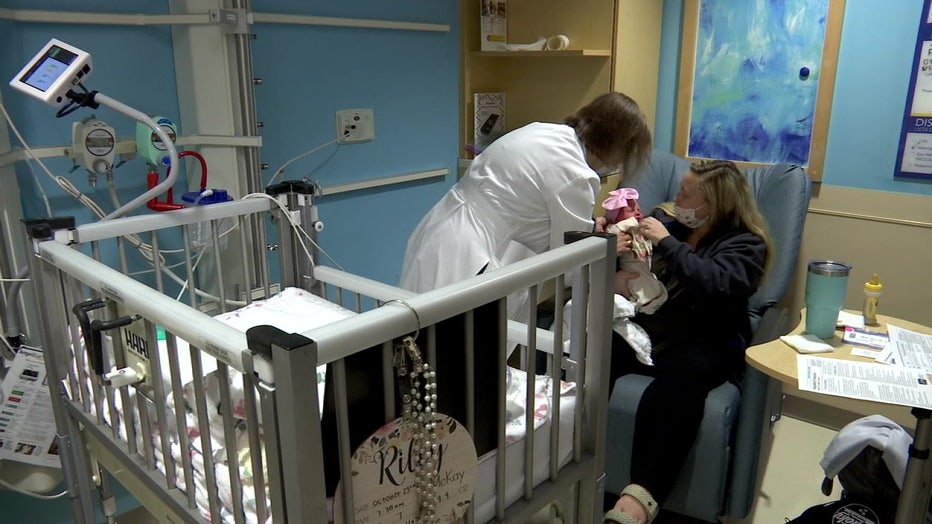 November is Prematurity Awareness Month, and according to the National Institutes of Health, one in 10 babies was born prematurely in 2020.

A team of over 200 nurses, doctors of all disciplines, social workers, occupational therapists, physiotherapists and speech therapists take care of the babies. At any given time, 15 doctors are working in the NICU, Van Marter said. They also work with specialist teams located in other parts of the hospital.

As for Riley, her parents are hoping she’ll go home next week.

“I think what we’re most looking forward to is a little bit of normalcy and getting into a routine and for Riley to meet the dogs that she’s heard barking for the last eight months because she just loved them so much at home,” Dellaera said .