Overwatch 2’s new hero arrives on December 6, but he’ll be locked behind a Battle Pass for all players.

Blizzard Entertainment attended the Overwatch League Grand Finals last weekend to announce Overwatch 2’s next hero: Ramattra. Returning players will already have encountered the Omnic during an Overwatch Archives event called Storm Rising 2019, which ended with a cutscene revealing Ramattra – although we didn’t know his name at the time.

Ramattra will be Overwatch 2’s second tank hero after Junker Queen and will be released on December 6 as part of the sequel’s second content season. His ability kit includes an interesting shapeshifting mechanic that allows him to switch between two forms with access to different abilities. In his normal omnic form, he becomes smaller and wields a ranged staff. In his Nemesis form, he explodes in size and uses melee attacks.

Ramattra’s shapeshifting ability isn’t new to Overwatch, given that Bastion has had two configurations for years – but the new hero goes a lot further. In his Omnic form, Ramattra behaves like a robotic mage, firing projectiles from his staff and creating shields for his allies. When he switches to his Nemesis form, he relies on his fists for more powerful close-range melee attacks. The Overwatch team describes this transformation as “menacing” when the hero starts throwing punches in combat. These punches also penetrate barriers, making him a good counter against Zarya (finally!) and Reinhardt.

Lead Hero Designer Alec Dawson describes Ramattra as the first hero in Overwatch 2 to actually advance the story, and it’s easy to see why. He leads the Null Sector, a faction poised to be the main antagonist of the sequel’s upcoming PvE story campaign. This, coupled with the fact that he has ties to Doomfist and Talon as shown in Storm Rising, likely means he will be the main villain of the future storyline. Most of the new Overwatch heroes – like Kiriko and Junker Queen – are only here because they’re part of the world, not the story. Ramattra is much closer to the main cast of Winston, Genji and Mercy in terms of relevance. 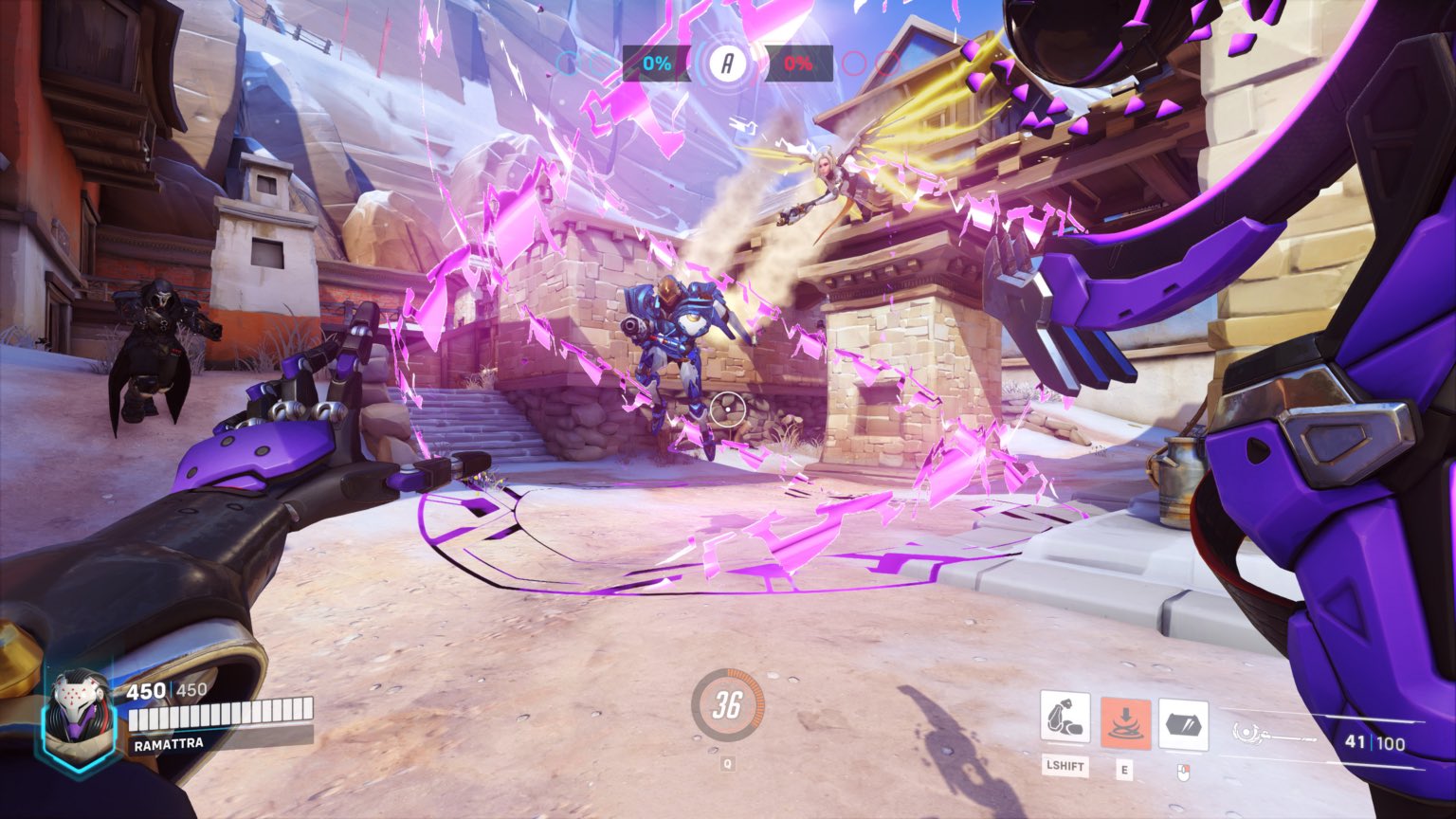 According to Blizzard, Ramattra also has a deep relationship with Zenyatta, to the point that he considers the pacifist Omnic a brother, despite sharing vastly different philosophies. Interestingly, this is the first major piece of Zenyatta’s lore that we’ve received since the beginning of the game. Originally all the support hero had for him was that he was a monk from Shambali who helped Genji find peace in his travels. Dawson teases that Ramattra will have trouble with some of the heroes on the roster, particularly characters who fought in the first omnic crisis, like Reinhardt and Torbjorn.

Now for some bad news: Ramattra will be tied to the Overwatch 2 Season 2 Battle Pass for all players. Making Kiriko free for returning players in Season 1 was a one-time deal, meaning everyone must level up to level 55 to unlock Ramattra in Season 2. However, you can get instant access to the hero if you cough up money for the premium version of the Battle Pass. Season 2 details will likely be revealed in the next few weeks, but we know another map with ties to Ramattra itself is on the way. 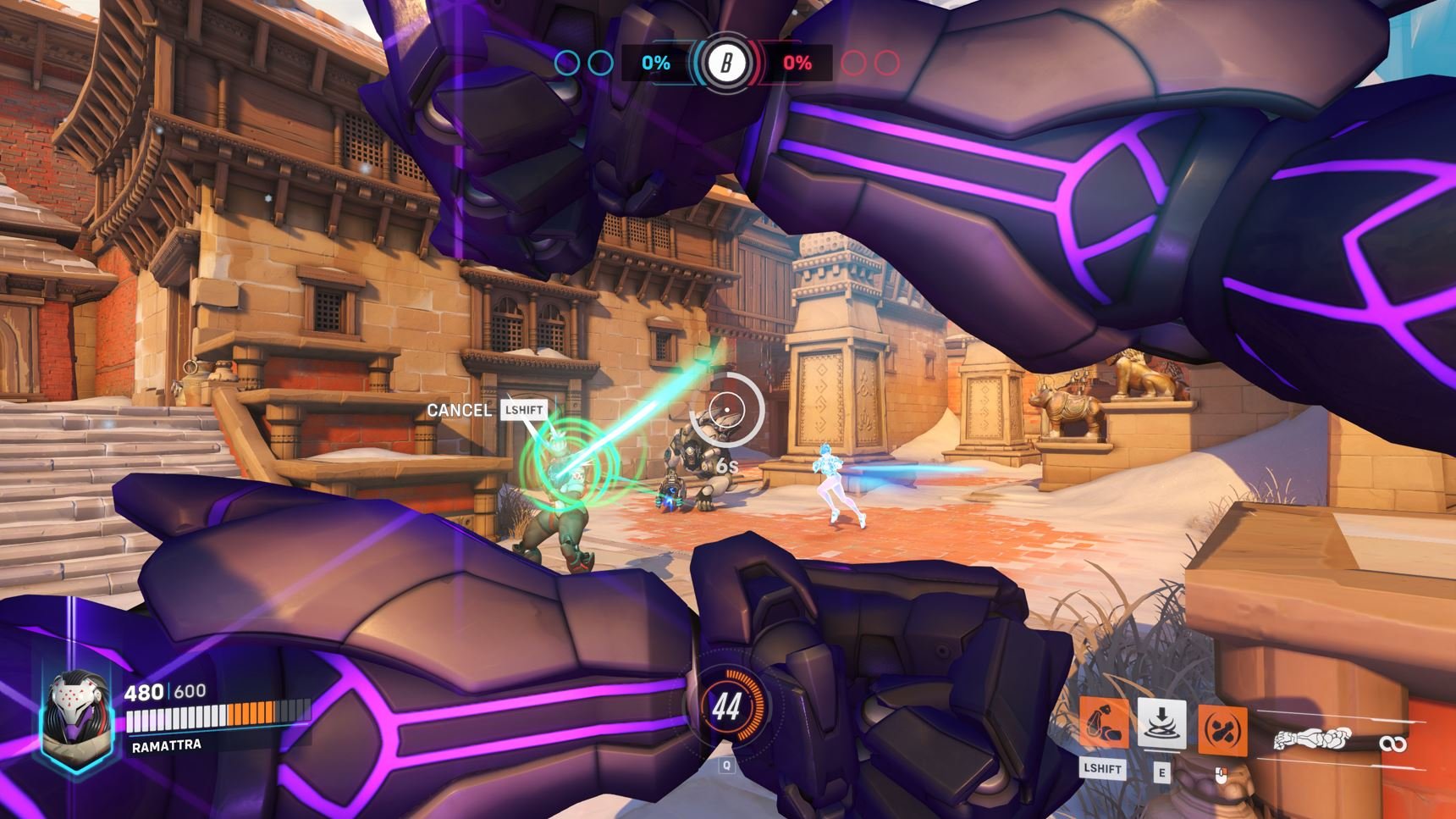