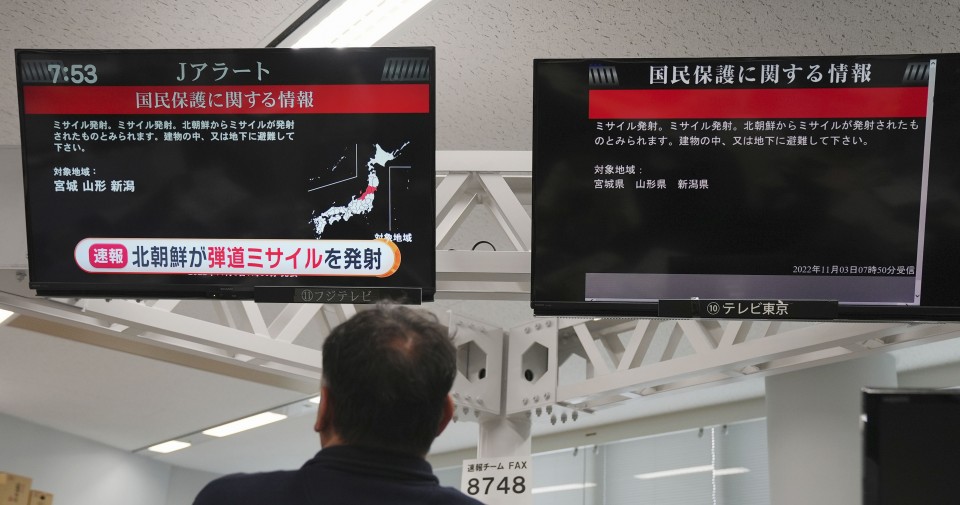 The following is the latest list of select news summaries from Kyodo News.

Japan, US and South Korea condemn North Korea after launch of suspected ICBM

TOKYO – Japan, the United States and South Korea have condemned North Korea after Pyongyang on Thursday tested six missiles, including a suspected ICBM capable of reaching the continental United States.

North Korea, which has been testing missiles at an unprecedented pace this year, launched three ballistic missiles, including an apparent ICBM believed to be a Hwasong-17, in the early morning, followed by three more during the night. The other five were short-range ballistic missiles.

TOKYO — Leaders of Japan, the United States and South Korea plan to meet in mid-November to respond to rising tensions over North Korea, government sources said on Friday.

Leaders are expected to meet on the sidelines of ASEAN-related gatherings in Cambodia or the Group of 20 major economies summit in Indonesia. If it goes ahead, it would be their first trilateral meeting since meeting in Spain in June.

MUNSTER, Germany – Foreign ministers from the Group of Seven industrialized nations began a two-day meeting in Germany on Thursday, during which they are expected to reaffirm their commitment to helping Ukraine fight Russia.

According to a Japanese government official, the leading G-7 diplomats are also expected to exchange views on China, which is expanding its military activities in the East and South China Seas, during their talks in Munster in western Germany.

MUNSTER, Germany — Japan and Germany on Thursday agreed to step up their defense cooperation, including starting negotiations on a military pact for the exchange of supplies and logistical support, Japanese officials said amid rising military activities by China and North Korea.

The foreign and defense ministers of Japan and Germany also reiterated their firm opposition to unilateral attempts to forcibly change the status quo in the East and South China Seas, officials said, as China has been criticized for its maritime assertiveness in the waters.

The South Korean air force’s announcement came hours after North Korea fired at least three ballistic missiles on Wednesday, one of which is believed to have failed an intercontinental ballistic test, and fired at least 23 missiles into the sea.

ISLAMABAD — Pakistan’s former Prime Minister Imran Khan was slightly injured in a shootout Thursday as he led his party’s protest march towards Islamabad to demand snap elections in the country.

“An unidentified man wearing a black coat shot the (vehicle) in which Khan was traveling along with other leaders of Pakistan Tehrik-e-Insaf and a bullet hit his right leg,” said one related to the attack trusted journalist told Kyodo News the phone.

JAKARTA — Indonesian accident investigators presented their final report to parliament on Thursday into the deadly crash of a Sriwijaya Air plane last year, citing mechanical problems, pilot complacency and confirmation bias as factors behind the tragedy.

The National Transportation Safety Committee report will be released to the public shortly, according to chief investigator Nurcahyo Utomo.

LONDON – Japanese defender Yuta Nakayama will miss the World Cup in Qatar after being sidelined for the rest of the season with an Achilles injury, his English club Huddersfield said on Thursday.

Nakayama, who was called up to Japan’s 26-man squad for the tournament that begins on November 20 on Tuesday, injured his Achilles tendon late in the first half in the 2-0 home defeat by Sunderland in the second-tier league. The 25-year-old is being operated on.