This paid play is sponsored by Dakota State University.

When Nick Huntimer graduated from Dakota State University in 2005, he could have pursued a number of career paths, but his passion for sports led him to sports information.

Now, DSU’s Sports Information Director (SID), he said it’s a great career choice for anyone “as long as you love sports, have a passion for sports and competition.”

Huntimer has always loved sports, so much so that he transferred back to Oldham-Ramona as a fourth grader from the South Dakota School for the Deaf.

His deafness hasn’t stopped him from taking chances on the field, in the classroom, or at work.

“Deaf people can do everything hearing people do, except listen,” he said. “We have talents and skills in the sport that all athletes have. We all have the same goal of winning games and motivating ourselves to achieve our goals.”

After high school, he earned a degree in business education from Dakota State, with endorsements in math, coaching, and K-12 technology in middle school. A working student job in the athletics department led him to become the sports information manager, which he has been doing full-time since 2006.

Participating in sports, earning a bachelor’s degree, and internships in athletics departments make the list of recommendations for entry into the SID field, according to Indeed.com. Joining a professional organization is also on the list.

Hunter did the same with College Sports Communicators, formerly CoSIDA.

“I’m currently a committee member on the Diversity and Inclusion Committee, which meets monthly in a virtual format,” Hunter said.

“Hopefully one day I could become a committee member or some sort of position at the national organizational levels in the field of sports information.”

But for Hunter, his passion for the sport goes beyond his job.

“I really have a strong passion for sports at both the high school and college levels,” which is why he also directs high school volleyball, basketball, and softball. He also gets off as an athlete with some of his classmates from SDSD on the softball field.

“When we were in college, we got back together for the summer and played league softball together down in Sioux Falls with the deaf team.”

They experienced ups and downs like any team, but continued to play together. They have won tournaments in the Midwest region and the National Softball Association of the Deaf tournament. They have been involved in national tournament championship play seven times in the past nine years, including the first overall winner of the national tournament in 2021 in Kansas City, Missouri. 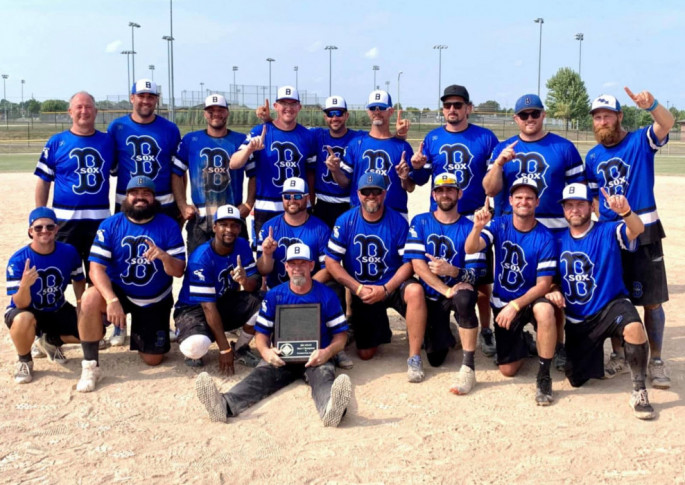 “We have the talent and the skills, we all love competition and we stick together as a team,” he said. “So we have a strong bond as a team and are building a dynasty.”

“I see that by participating in collegiate sports, student-athletes have opportunities to learn, compete and succeed. In addition, I can see the student-athletes developing their work ethic, character values, leadership skills and supporting each other,” he said.

His love of sports is evident in his work as DSU’s Sports Information Manager, but he is also able to bring his passion to his alma mater to the table. 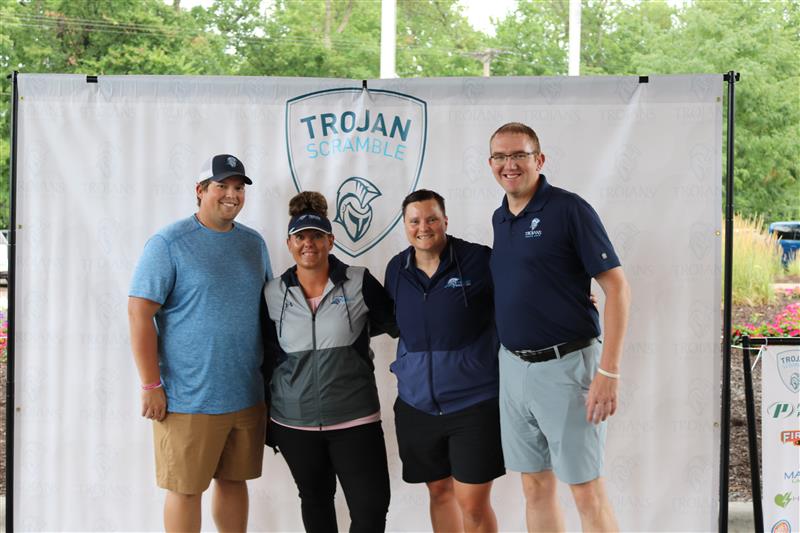 “It’s like working as a family here at Dakota State with the coaches and students. I really love the small school environment and I’m starting to see the growing university that Dakota State is right now with the new track and field complex and athletic avenues,” said Huntimer.

He can cite several favorite moments in Dakota State sports: football dominating SDIC in the 1970’s, softball dominance in the early 1980’s, recent successes with the cross country and track programs, and the women’s basketball dynasty.

“I’ve loved seeing the rich traditions that each sport has had over the years of winning conferences or advancing to the NAIA national tournaments,” he said.

“It has been amazing to see how Dakota State University has grown over the years, and there are sure to be many more favorite Dakota State moments for years to come.”