At approximately 7:15 p.m. on Saturday, October 22, sprinkler systems at Stewart Hall were accidentally activated, even though no fire was involved. Students were forced to evacuate the building until the situation stabilized and the flooding subsided around 11 p.m. that same night.

In an email to The Campus, student dean Derek Doucet said the college was “still investigating” and “[has] no determination made yet” about the cause of the flooding. However, first-year residents of the building claim that a stray golf ball struck an overhead pipe in a fourth-floor hallway, causing the pipe to burst. Though this rumor has not been confirmed by school administrators, Residential Life staff scheduled a “community meeting” Wednesday afternoon to share more information about the situation, according to an email sent to Stewart residents.

An email sent to residents of Stewart Hall Sunday afternoon from Associate Dean for Student Life AJ Place said all standing water was cleared by facility services by 10:30 p.m. Saturday night while industrial dehumidifiers and Moisture monitors were installed to dry out the remaining areas. According to Place, wet soft goods were washed and returned. Students can report other damaged items by filling out a form distributed by ResLife that asks for a purchase link and a photo of the damaged item, but does not say if students will be compensated.

Residents in the 15 hardest-hit rooms have been offered temporary board in rooms across campus or the option to stay with friends. As of Monday October 24, most of the residents had returned to their rooms, while the rest remained in their temporary rooms until Wednesday or Thursday, when “the refurbishment process [was] completely,” says Place.

Editor’s Note: This is a developing story. It will be updated as The Campus receives new information about the ongoing investigation. 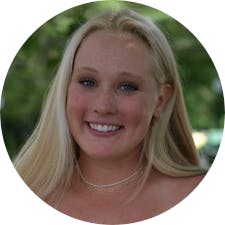 She previously worked as a news editor and sports editor. La Barge studies English and Linguistics at Middlebury and is a peer writing tutor and captain of the women’s tennis team.

She spent the summer of 2022 as a communications intern for the Josh Shapiro for Governor campaign and previously worked for Nantucket Magazine and WHYY, Philadelphia’s local PBS and NPR affiliate.