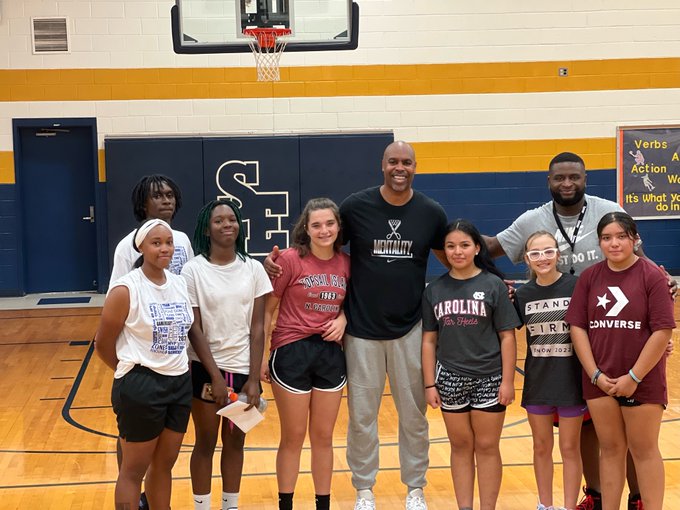 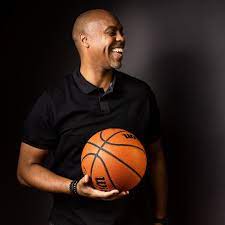 SALISBURY — It’s been 28 years since Ricky Price, a high-flying 6-foot-6 Californian, won the dunk contest at the McDonald’s All-America Game.

Price was considered one of the top of the nation’s top high school players in 1994, a Parade All America who averaged 28 points and 11 rebounds.

Price didn’t quite become the superstar he was destined to be in Durham and never had the experience of winning an ACC tournament, but he was a very good player for head coach Mike Krzyzewski and the Blue Devils.

As a freshman, Price made his mark with super shooting in games against UNC, but that was the season where Coach K left the team after 12 games and underwent back surgery. That 1994-95 season was a trainwreck for the Blue Devils, 13-18 overall and 2-14 in the ACC, and it may have changed the trajectory of Price’s career. Officially, Coach K was credited with a 9-3 record, while assistant coach Pete Gaudet, who took charge in Coach K’s absence, was 4-15.

As a sophomore — which was by far Price’s best season at Duke — he scored a career-best 28 points against Virginia and made a buzzer-beater to choke Maryland. He averaged 14 points and was third-team All-ACC.

Much was expected as a junior, but a broken finger affected Price’s jump shot, he hit a slump and averaged just over 9 points a game.

There was more adversity for Price as a senior, academic probation for one semester and losing his starting role.

But he didn’t stop when it would have been easy to stop. He persevered and came off the bench to help Duke win his second straight ACC regular-season title. He scored his 1,000th. Point for the Blue Devils. He completed his studies in sociology.

Not long after his Duke career ended, he was playing 5,000 miles away from the NBA – in Slovenia. He also played in the Netherlands, Germany, France and Finland, among others.

For about a decade he has seen many different arenas in Europe and Asia and played in US professional leagues such as the International Basketball League and the Continental Basketball Association.

At every stop on his basketball journey, whether in Slovenia or Michigan, there was something valuable to learn.

After the ball stopped bouncing, he was able to turn his basketball knowledge, personable personality and speaking skills into a successful career. He is a sought-after personal trainer and motivator, and has thousands of dollars lecturing in the corporate world.

But he also has a give-back nature about him. That’s why he recently donated time to help the basketball players at Southeast Middle School.

He recently ran sessions on back-to-back Sundays, staying from 1:30 p.m. to 6:30 p.m. and spending one day with the varsity and one with the Jayvees.

“How this came about is that our principal (Davion Ellison) has known Ricky Price since college,” explained Phillip Hilliard of Southeast Middle AD. “He helped our kids improve their basketball skills and he also talked to them and motivated them. We’re in the middle of the county, our kids go to five different high schools, and sometimes we get overlooked. But we are willing to do such extra things to help our kids. It was a positive experience for our basketball team.”

In early November, Price spoke to staff at Isenberg Elementary School in Salisbury.

Many of the same concepts apply to building a teaching team and building a sports team. Trusting and believing in leaders and teammates is at the core of all successful teams.