SPORT AT HAND • Where were we? Oh yeah. to feel human. For more than 24 hours that was not an option. But now? Closer. Maybe somewhere in the primate family. Actually enough to put this column together.

• But not enough to really dive deep into today’s big topics, from the usual inexplicable Pac-12 officialdom, to the World Series, to whatever else catches your fancy.

After a day that ranks somewhere in our top 10 worst of all time – and we’ve been at it for a long time – a 12-hour overnight nap invigorated us enough to gather a Sunday morning’s links. Sitting in front of the computer and thinking and pondering a lot? That has to wait. We’re sorry.

We’ve had quite a few thoughts over the last few days or so. But most of them have to do with how much we hate certain foods, certain parts of our anatomy, and certain existential beings.

Those thoughts and all sports related thoughts will have to wait. For now, here are your links. 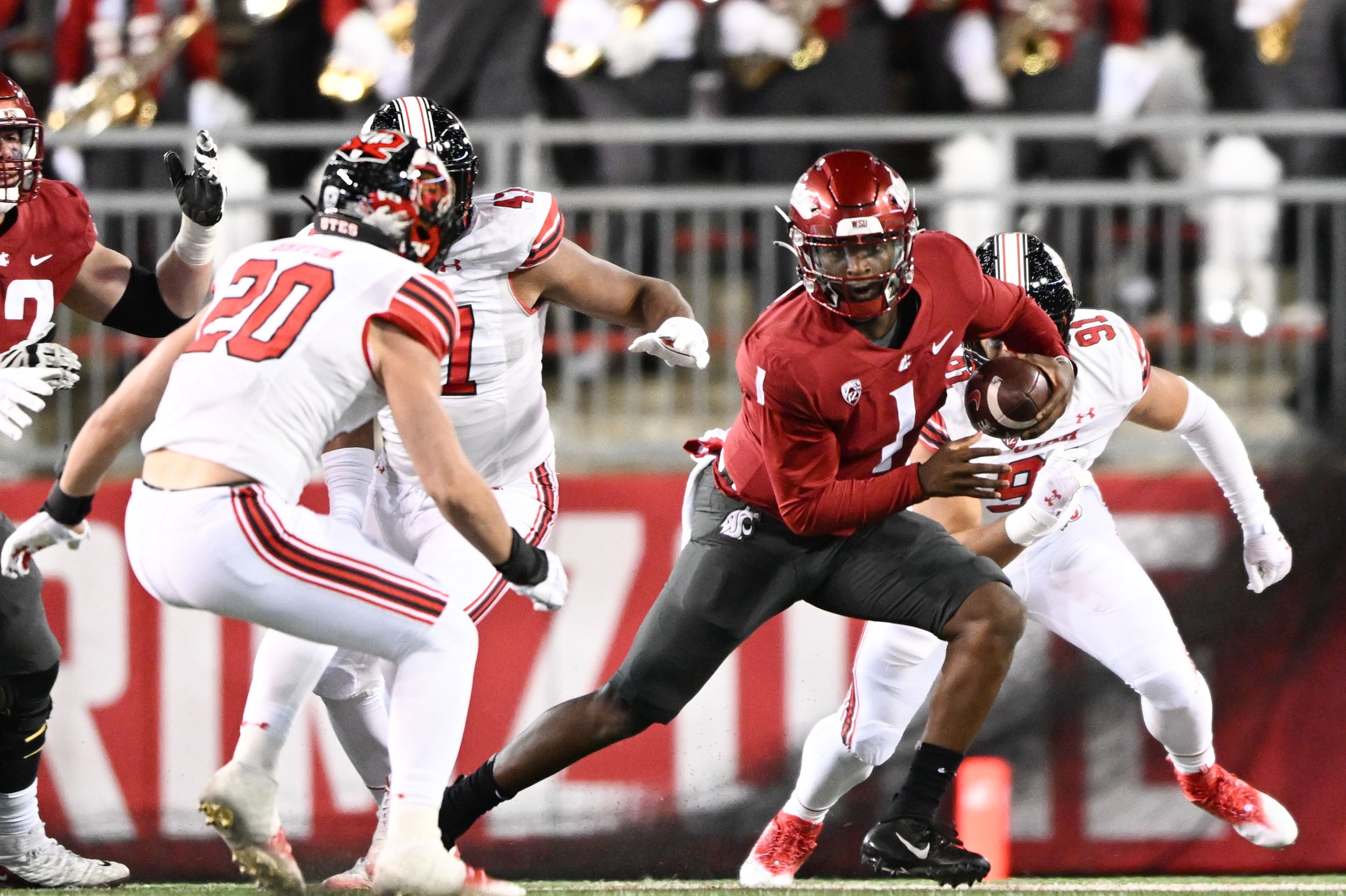 WSU: If Washington State’s offense makes you angry, read this story by Colton Clark. It might not make you happier – spoiler alert: it won’t – but it will explain what’s going on. Especially this sentence deep in the story: “Protection issues limit WSU’s ability to expand the field.” If you’re really wondering why all the short passes, this is it. … Elsewhere in Pac-12 and college football, Jon Wilner has his “Saturday Night Five” column in the Mercury News. The timing gaffe at the end of the first half in Tucson last night might be his fifth point, but it’s number 1 in our eyes. Mainly because of what it says about a conference that just doesn’t seem to be progressing in the officiating area. The saddest part is that Micheal Mothershed’s crew is usually one of the best at the conference. And all it took was getting the Replay Official involved and the issue could have been resolved quickly (see Section, 2, Item 6d of the Replay Trainer’s Handbook). … The Pac-12 leaders are meeting this week. …By the way, USC, missing some of its defensive starters, held off Arizona 45-37 in a game highlighted by the Wildcats’ receivers and the Trojans’ quarterback. … UCLA bounced back from their first loss by overtaking Stanford 38-13 in the late-night game at the Rose Bowl. It’s been a while since the Bruins did that. … Oregon kept rolling, riding on Bo Nix’s arm and feet to a 42-24 win over California at Berkeley. The Ducks are still in the national cover along with USC and UCLA. … In the intermediate coaching bowl, Arizona State traveled to Colorado and won 42-34. It might have been really exciting, but we’re pretty sure not many people with no connection to the schools were watching. … How has Oregon State fared so far this season? … Utah needs to keep the ball rolling. … On the basketball news, Oregon State has won its exhibition game. … Practices in Arizona are harsh. 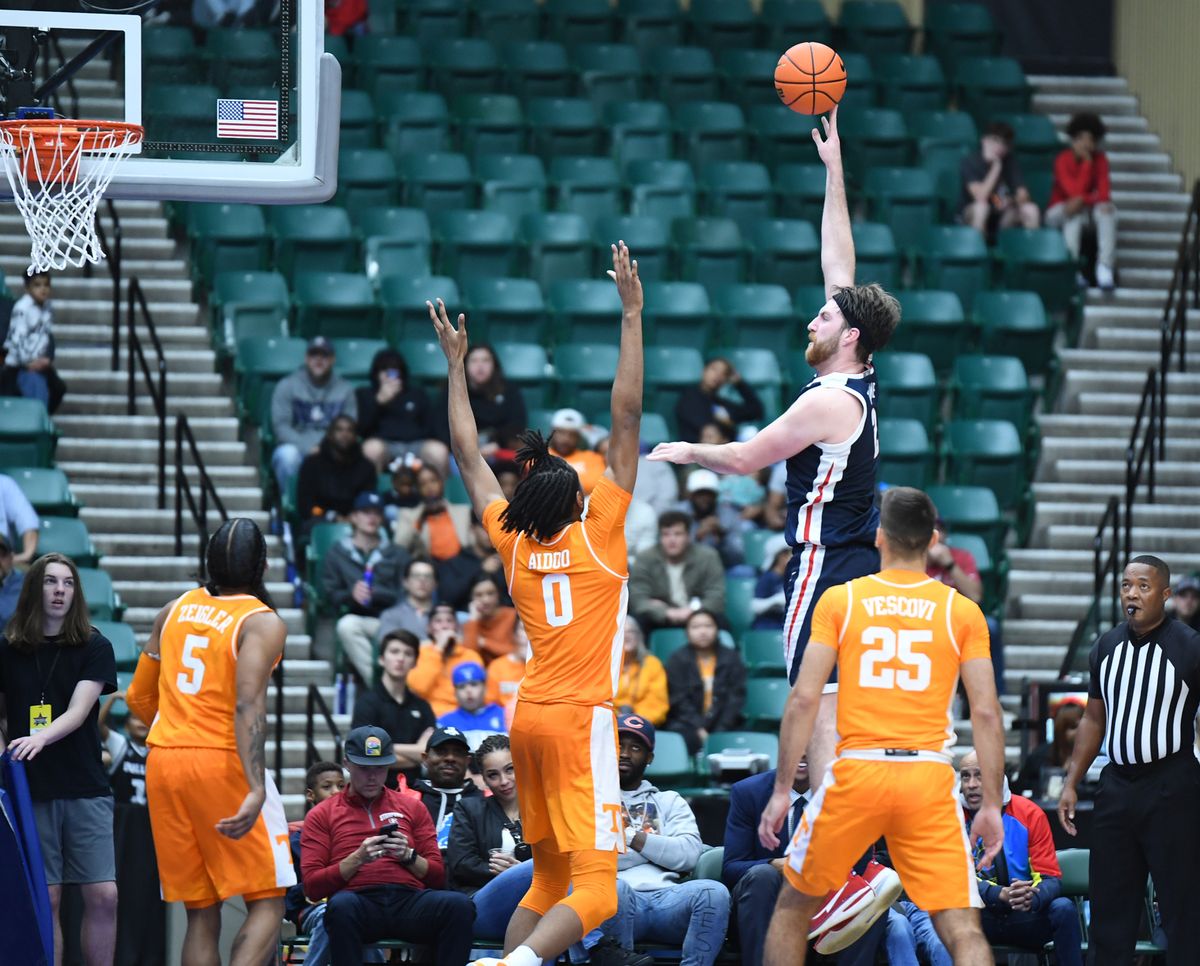 gonzaga: We didn’t get a chance to watch GU’s 99-80 loss to Tennessee on Friday night, but just looking at the result lets us tell you the Bulldogs’ defense needs to work. Mark Few agrees in this morning’s story from Jim Meehan. … Jim also has a few stories about GU graduates, from playing abroad to, in Stephen Gray’s situation, coming home. … This story of dismantling undervalued recruiting territories makes Gonzaga stand out more than any other. … Around the WCC, BYU always has players back from missions. 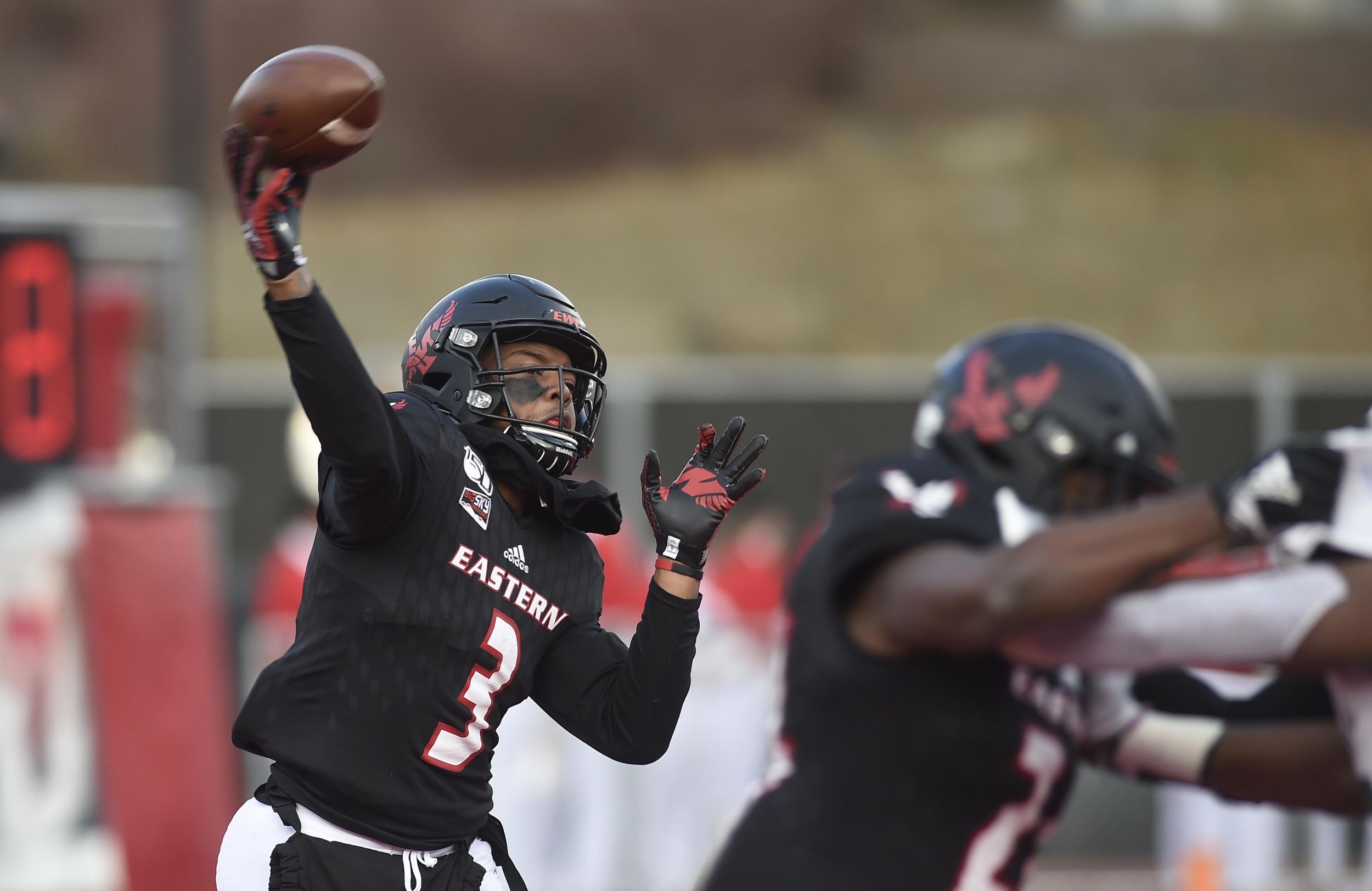 EMU: Not only won’t the Eagles make the FCS playoffs this season, they also won’t have a track record. That was assured with a 38-35 home loss to Portland State on Saturday. Dan Thompson was at Roos Field and he has this game history and a notebook. … James Snook was there too and has this photo series. … Elsewhere in Big Sky, Montana lost its third straight game, losing 24-21 at Weber State. … UC Davis pinballed with the Cal Poly defense and won 59-17.

Idaho: The Vandals came from behind last night to lead at third-placed Sacramento State in the fourth quarter. But the Hornets marched late into the end zone and clinched a 31-28 win. The loss hurts but solidifies the fact that UI are ready to play with FCS’ best and should have a shot at the postseason despite three losses.

Whitworth: The Pirates were routed 59-0 while visiting Puget Sound. John Blanchette was at the Pine Bowl and got this coverage. 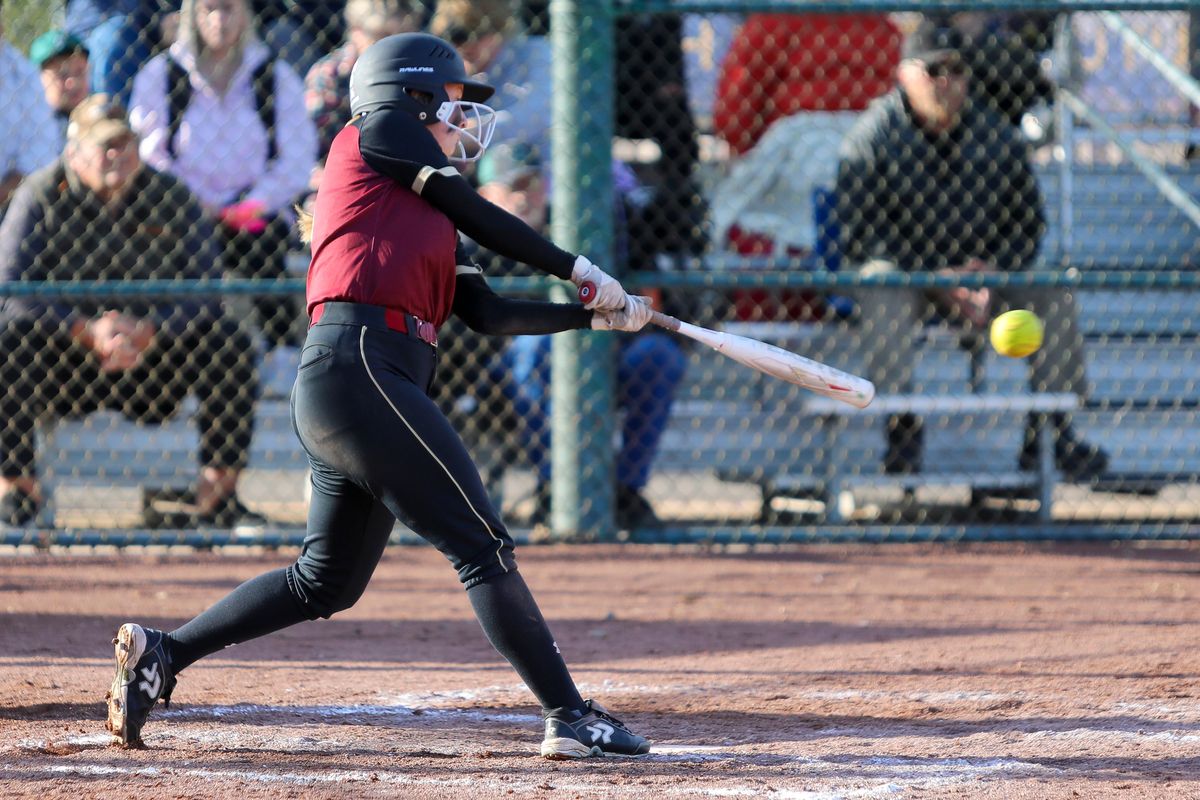 Preparations: State titles in slowpitch were decided on Saturday and Dave Nichols was in Yakima to cover the 3A/2A won by University and the 4A where Central Valley fell in the title game. … If like us you missed Friday night’s football scores, Dave has you covered here with his Friday Night (High)lights column. … Keenan Gray has you covered with Saturday’s county cross-country results. … There’s also a recap of the rest of the action.

bosses: After a trade with Winnipeg, Spokane fell 7-1 to Kamloops for the second straight arena. 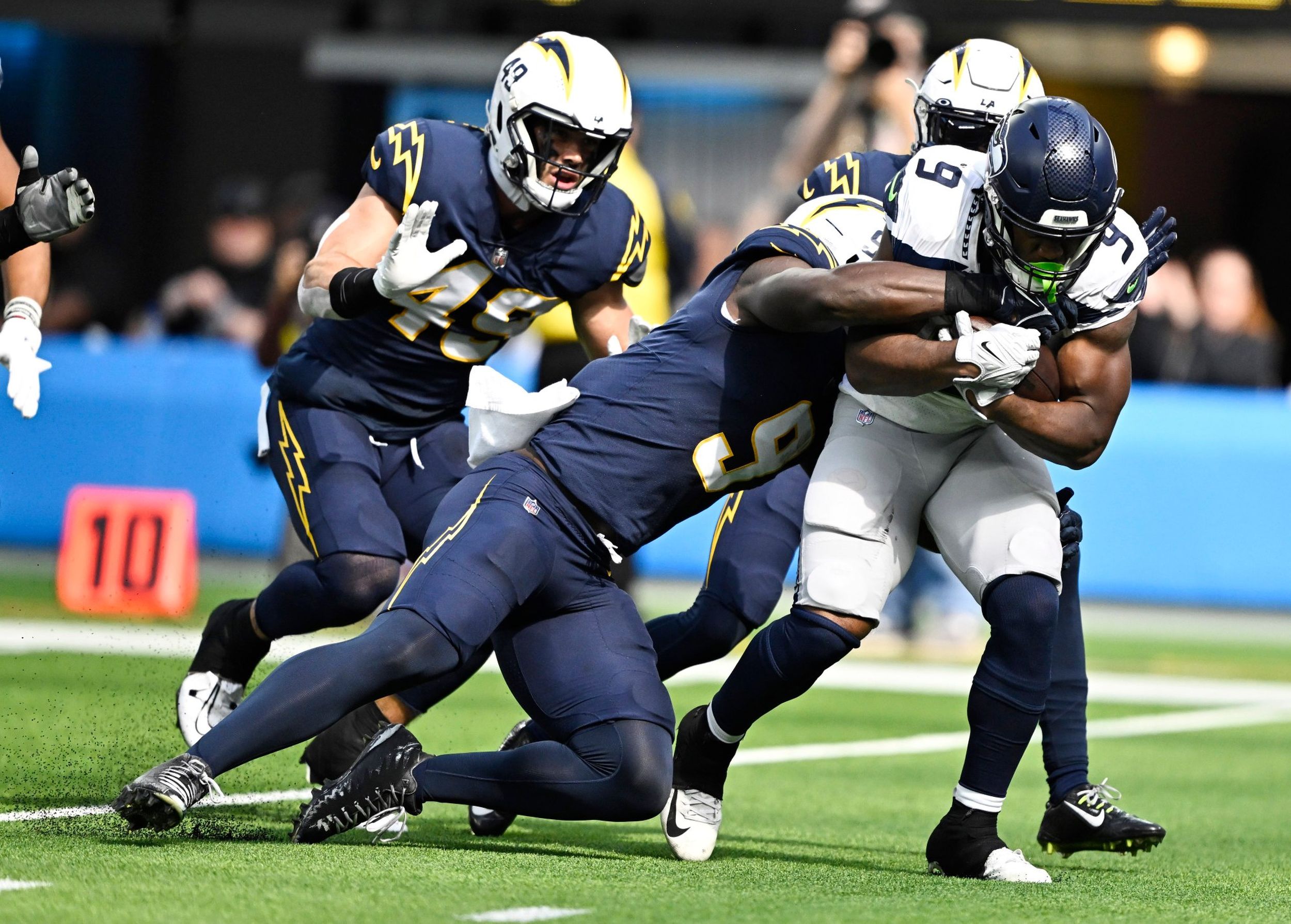 Seahawks: The Hawks are a surprise. Maybe not as big as today’s opponent, the New York Giants, who are 6-1. … To win, Seattle may have to go without its top two receivers as DK Metcalf and Tyler Lockett are questionable. Other appetizers are also missing. … They are however some reinforcements. … turf or artificial turf?

seafarer: The Astros extended their early lead this time around, defeating Philadelphia 5-2 and sending the series back East at one game apiece. … Every new stadium should have a roof. There shouldn’t be any debate.

• We came up with an excuse not raking up the pine needles yesterday. All it took was one night from hell. Food poisoning is our guess. It lasted all day yesterday and still knocked us out a bit this morning. Hopefully tomorrow we’ll be all the way back. See you later …