SPORT AT HAND • The Seahawks are 7-0 down. And we watch. Writing this morning’s column. Just call me Mr. Multitasker.

• Soccer is said to be popular in Germany. After all, it is a game about dominating your opponent and acquiring land. So it’s no wonder that the Hawks’ game against Tampa filled the stadium in Munich to bursting point. Why the Bucs dominate the line of scrimmage early on is harder to understand.

But let’s forget that for a moment and focus on Saturday.

Not in Pullman unless you’re referring to Washington State’s second-half offense. Although chaos isn’t the word that comes to mind first. standing still is better. understaffed. Hurt. Unproductive.

Yes, it was. The 28 points Washington State scored in the first half — Nakia Watson accounted for three of the four touchdowns — held because the Cougars have their best defense in years. One who can make a lead stand. Don’t let the dreaded term – you know the one – come into play.

Sure, Arizona State scored three touchdowns in the second half. Should have ended up within seven. But WSU came out big on three two-point conversion attempts and the lead ended at 28-18.

With that comes the reward. Another shell appearance. Seven consecutive non-COVID seasons. Enough to open Jon Wilner’s eyes, that’s for sure.

“But the Cougars are maximizing their resources as well as any team in the conference – and far better than most,” he wrote this morning. “Her streak of seven consecutive Bowl appearances has spanned three coaching tenures (Mike Leach, Nick Rolovich and Jake Dickert) and reflects a top-level administrative alignment. President Kirk Schulz not only understands the greatness of college football, but also appreciates the impact that winning can have across campus.”

Schulz’s predecessor, Elson S. Floyd, shared this understanding. It was expensive, but the cougars benefit. Yesterday, that meant finding a way to beat Arizona State with their B-game.

• The Pac-12 odds playing in the CFP is just one egg in the basket. And it’s one of those eggs that went rotten last summer. But right now, every athletic director who needs about a million dollars is committed to USC beating UCLA, Notre Dame, who they play in the title game, and then hope.

Oregon killed himself late with a mental glitch then got hosed down by a typical Pac-12 trunk call – “Hey, I couldn’t see if the receiver was thrown wide so I’m assuming it wasn’t and throwing a flag killing any chance of Oregon tying the game.” – which is unreviewable and lost a game it should have won.

But that wasn’t even in the same bowl with UCLA, which lost at home to an Arizona team that for heaven’s sake couldn’t stop California’s impotent offense. The Duck loss was at least understandable — Washington is 8-2, ranked and it’s a rivalry game. The Bruins? It is a defeat that cannot be explained rationally. And it not only ruined their season, but devalued next week’s result against USC, whatever the outcome.

WSU: The Cougars’ win made them Bowl eligible, sure, but it came at a price. They were already playing without their starting left tackle (and will remain so for the rest of the season). They then lost another starting offensive lineman to injury. Colton Clark reported on these events as well as the game itself and the Difference Makers. … Jacob Thorpe has his thoughts on the game with this column and we had our thoughts on the show with the TV take. … The people in the office took care of the summary with highlights. …James Snook has this photo gallery. … Arizona state perspective is also available. … The basketball team traveled to Boise State and lost 71-61. … Elsewhere in Pac-12 and college football, Wilner has his perspective on messy Saturday. … Winning in Washington sure came as a surprise, but behind Micheal Penix Jr. the Huskies have shown the ability to score against just about anyone. The Ducks’ Bo Nix looked nervous for the first time since losing to Georgia. And the huskies caused it. … Yes, Arizona is improved. Jayden de Laura played a big part in that. But the Wildcats’ defense was sieve-like and the Bruins didn’t dominate them like they should have in a 34-28 loss. … Oregon State dominated California on both sides of the ball with a 38-10 win. The Beavers have cemented their place in the upper middle class of the conference. … Stanford and Cal have one more thing left. They play with each other. The cardinal was again taken by boat, this time from Utah. The Utes scored 42 points in a row in the 42-7 win. … On the basketball news, Colorado is ahead of Tennessee, which will be a challenge.

gonzaga: Theo Lawson takes one last look at the one-point win over Michigan State. … The women showed their outer prowess in an escape in southern Utah. Jim Allen was in the kennel and has this play history. … Elsewhere in the WCC, BYU women are struggling.

EMU: This is a losing season for the Eagles, and not even a chance to challenge Montana in Missoula could change that. The Griz dominated Eastern 63-7. Dan Thompson has the game history. … Dan also has a notebook. … We also wanted to share this basketball story from Friday. … Elsewhere in the big sky, the state of Weber dominated the state of Idaho. … the state of Montana rolled over Cal Poly. … Northern Colorado upsets Northern Arizona in Greeley 21-20.

Idaho: It was a seniors’ night in Moscow, but UC Davis ruined it with a dominant 44-26 win. Peter Harriman has the story.

Whitworth: The Pirates’ season ended with a 28-14 loss to George Fox. John Blanchette was at the Pine Bowl and has this story. 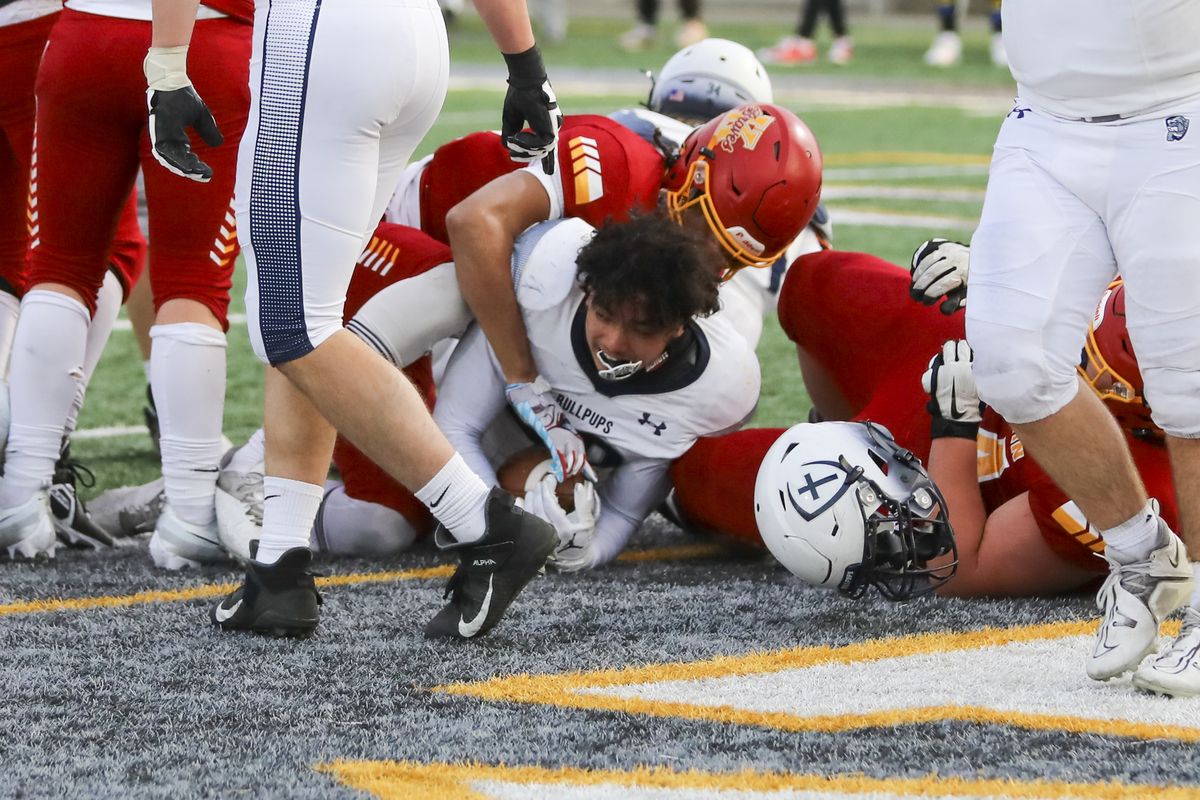 Preparations: The football playoffs continue and Gonzaga Prep rolls past Kamiakin 40-27. Dave Nichols does the reporting. … Dave has a recap of the rest of Saturday football as well as one about state football and volleyball.

bosses: The bad luck is over. Spokane overcame Tri-City 7-3 in the arena. Kevin Dudley does the reporting.

Seahawks: Yes, Seattle has a German player in the squad. However, he couldn’t play this week.

• It doesn’t look like it the Hawks will win this week. They hardly get any breaks or help themselves. The third quarter is over and they are 14-3 behind. See you later …