SPORT AT HAND • It’s not often that we have a Thursday full of varied topics to talk about. But here we are. How much longer can Gonzaga say that about the West Coast Conference?

• One of the points we want to discuss at depth has to do with GU and the Big 12 Conference. ESPN’s Pete Thamel reported yesterday that Gonzaga athletic director Chris Standiford has met with Big 12 commissioner Brett Yormark. It happened somewhere in the Dallas area, presumably as the Zags were preparing for their show with Tennessee.

We’re sure they weren’t talking about Rhianna or Shakira singing the national anthem at the next Bulldog home game. 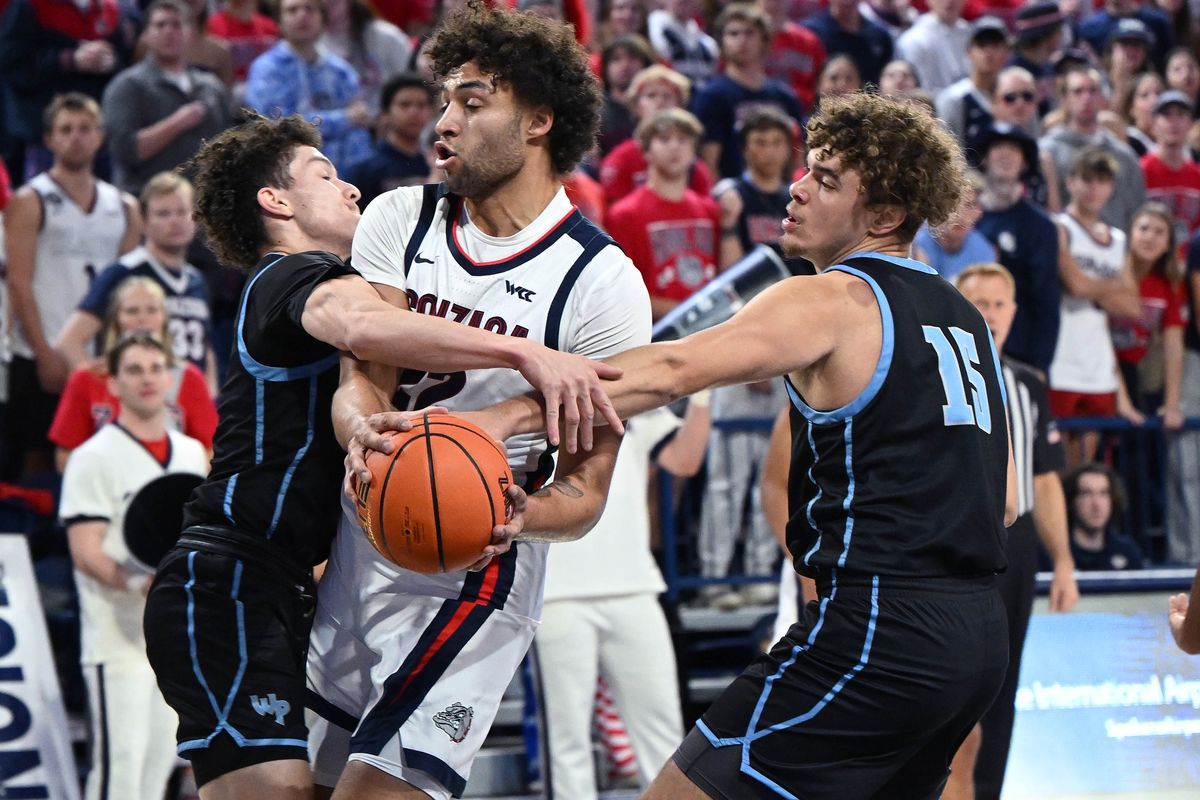 No, the Zags are looking for a new home. In an upscale neighborhood. Perhaps “looking for” is too strong a word. “Check possibilities” is better. In this time of conference uncertainty and conference realignment, they would be remiss not to listen.

Mark Few, who will likely have the final say anyway, made that clear last week while speaking with Portland radio host and author John Canzano.

Its basketball team is a national brand. A national title contender every season. A gaudy gimmick that every Power 5 conference would love to have hanging around in March.

The Pac-12 seems like a logical place, especially for the Bulldogs’ “other” sports. The Big East seems like a good choice, if not geographically then philosophically, as many of its schools are Catholic basketball powerhouses.

But the Big 12? Financially, the widely scattered conference – in the next season it will range from Florida to Utah – has a lot to offer. After all, a new media deal has just been approved. However, the “fit”, if that matters at all, doesn’t seem right.

The conference has basketball powers, sure. Blue flower, like Kansas. Rich in tradition like Houston. Novel extra rich like Baylor. Throw Gonzaga in this mix and wow. just wow.

But if it does, we’d be surprised. The Zags could get everything they need financially and fit with a move to the Pac-12. And that move wouldn’t require the baseball team to take a few cross-country trips each season. Also, if Commissioner George Kliavkoff can drag them into orbit of his wobbling conference, it would help anchor a swaying ship. 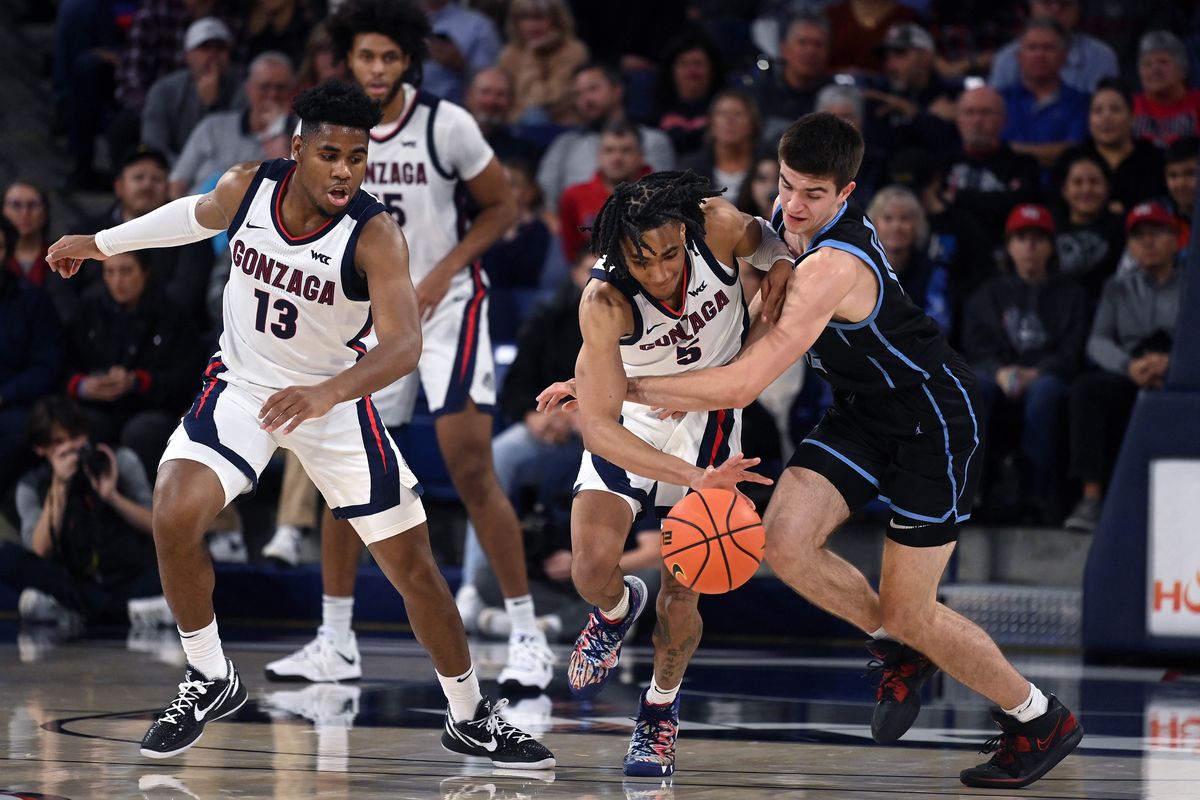 But maybe the Zags’ basketball programs are going into a new world. And the rest of the sports programs remain, or at least somewhere close by. That may have been the meaning of some thoughts Few shared with Canzano.

Last night, after his team visited Warner Pacific 101-70 at an exhibit, he was even more outspoken.

“At the end of the day, like I’ve always said, we’re going to do what’s best for Gonzaga,” Few told SR’s Jim Meehan. “So we just have to analyze everything and where we’ve been and what we’ve done so far has been great. Let all the chatter happen and we’ll do what we have to do.”

• We would be careless if we hadn’t exchanged a few thoughts on last night’s World Series game. It was only the second no-hitter in the series’ history, after all.

And it exemplified more than anything the transformation that has taken place in sport over the past 66 years.

When Don Larsen threw his perfect game against the Dodgers in 1956, it came during the day in early October. The journeyman went the distance, threw 97 throws and hit seven. The Yankees won 2-0 2 hours and 6 minutes.

Last night, three Houston pitchers teamed up to limit the Phillies to a single baserunner. They hit out 14 and threw 141 total pitches (starter Cristian Javier also threw 97 in six innings). The 5-0 decision was made 3 hours and 25 minutes complete.

And, oh yes, it came on November 2nd. 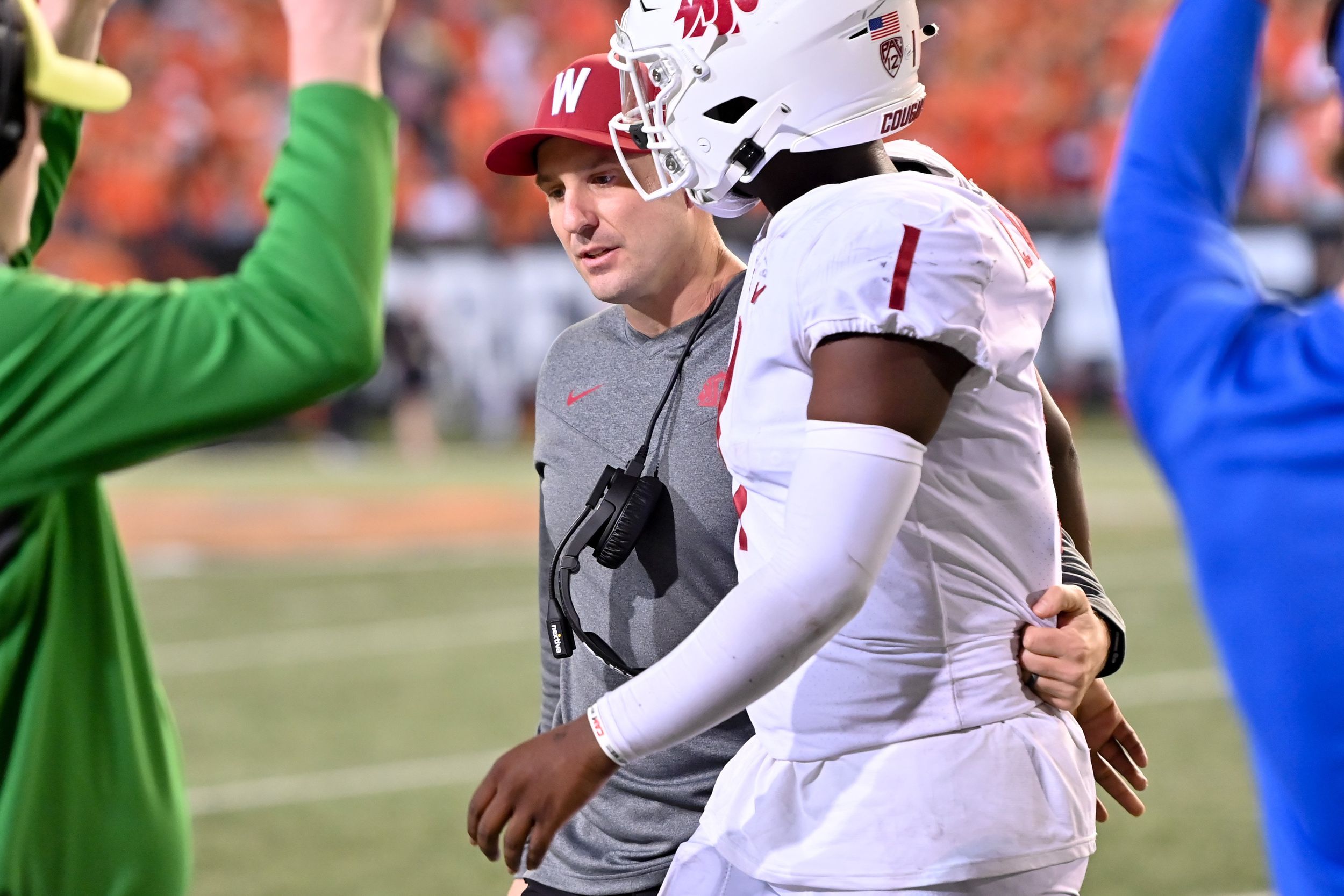 WSU: Have no fear. The Cougars are sticking to their bread-and-butter offensive. The air raid, at least this version of it, remains, according to Jake Dickert. It just takes a while to get better. Colton Clark has more to this story. … Elsewhere in Pac-12 and college football, Jon Wilner takes a look at the best in the west on the Mercury News. Washington State is still in its view. … He also examines the meeting of regents over UCLA’s plans and picks this week’s games. … Washington still has a need for this recruiting class. … Oregon wants to improve its punt return. The game against Colorado could be the perfect time for that. … Most football fans will agree with Utah’s Kyle Whittingham. … Arizona State could present UCLA with a bigger challenge than the Bruins think. … A USC safety worked hard to earn game time. … Yes, Arizona’s offense is a lot better. … On the basketball news, Washington, Utah and Arizona all won their shows last night. … Colorado sees unexpected posts. … Stanford has yet to make the NCAAs under Jerod Haase. … Arizona already has under Tommy Lloyd. 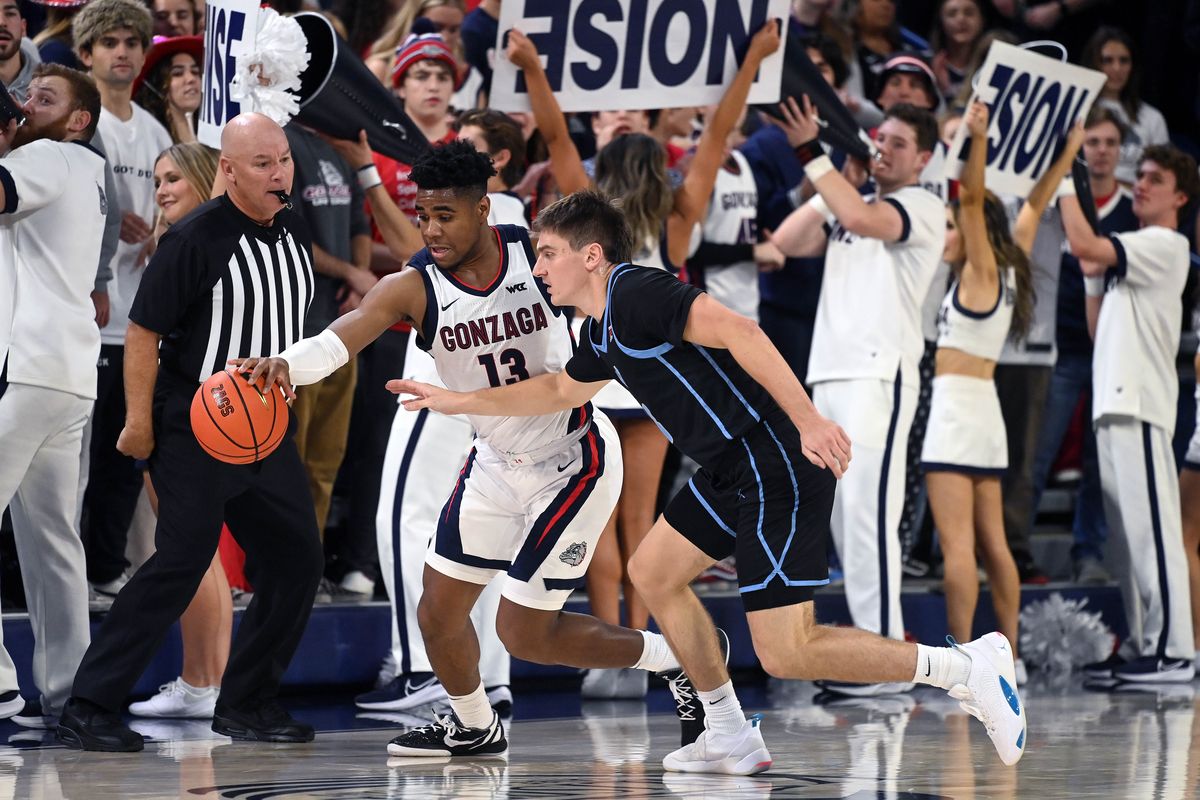 gonzaga: We covered the Big 12 news above (and linked to Jim’s story). We also mentioned the show result and linked Theo Lawson’s story here. … Colin Mulvany also has a photo gallery available, although we can’t find a photo gallery online to share. The photos appear with the game story. … The women will host West Washington on Friday. Jim Allen previews the exhibit. … Elsewhere in the WCC, the St. Mary’s Women have some momentum going into the season. … the men of BYU won their show. 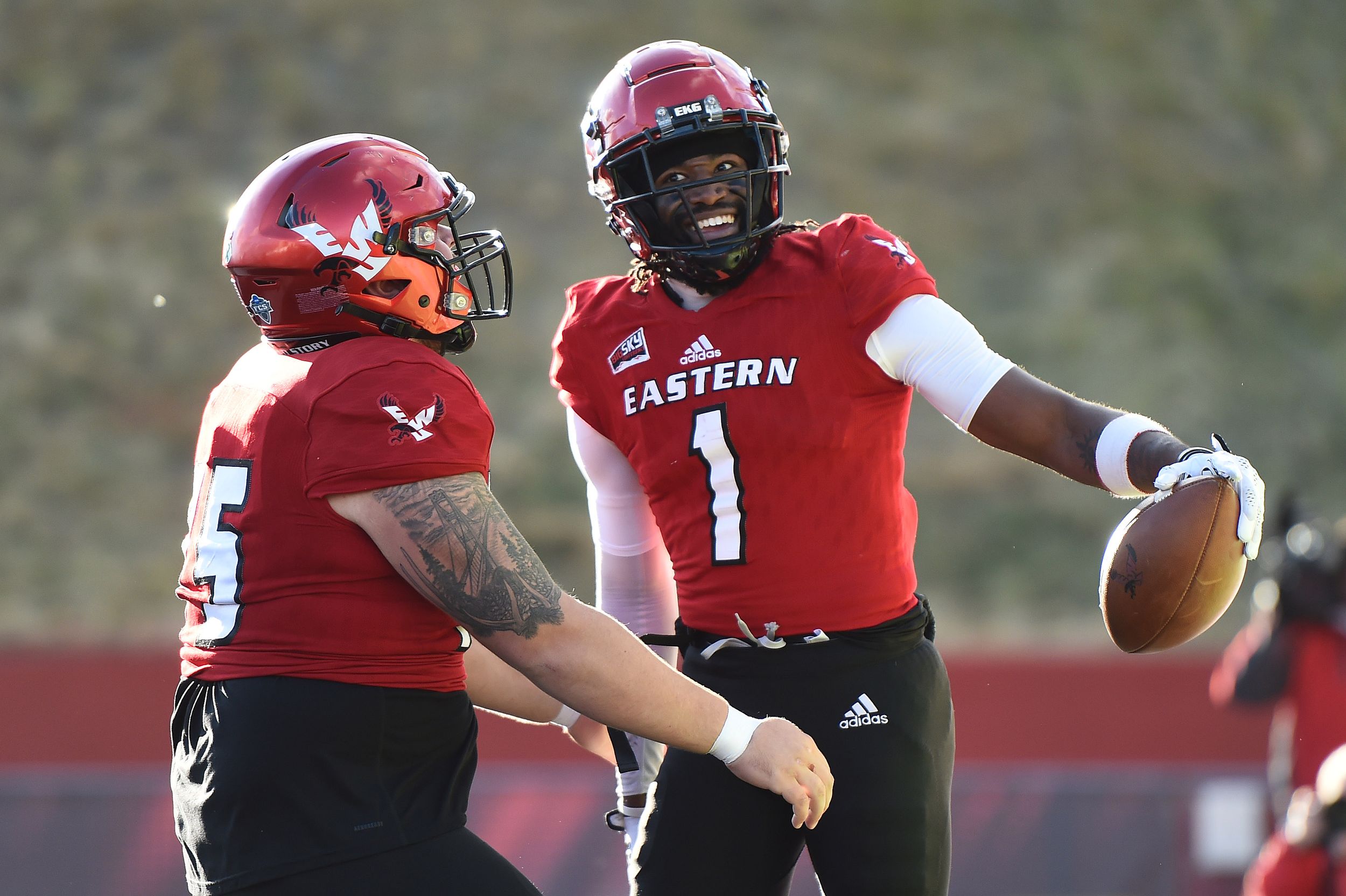 EMU and Idaho: The cross-border rivals meet in Moscow on Saturday. Dan Thompson has this preview as well as a Big Sky notebook. … Elsewhere in the conference this week, Montana gets a breather with Cal Poly. … Montana State has a unicorn on the tight end. How does he get his helmet on? … Portland State is Northern Arizona’s opponent this week. … On basketball news, Weber State won its foul-filled exhibition. … Northern Arizona also won.

Preparations: Dave Nichols has this recap of Wednesday’s postseason action. … Speaking of the postseason, Chewelah’s cross country team is hoping it ends with a successful state meet. Keenan Gray has this story.

Seahawks: It’s okay that Seattle didn’t make a trade deadline deal. … DK Metcalf says his knee is fine. … Will Dissly has become a big part of the Hawk offensive. … Now the season takes a turn. … There was a youth movement in secondary school. seafarer: The grass in Philadelphia looked great last night. There is a local person involved in this. Dave Nichols has this story about former Spokane groundskeeper David Yearout. … You might not believe it, but Seattle still has some intriguing prospects in the pipeline.

Octopus: Just because you like to have a good time doesn’t mean you can’t be a good hockey player.

• We wonder if there are Gonzaga basketball alums pull a “Bill Walton” and express public displeasure if the Zags leave the WCC? We don’t think. See you later …