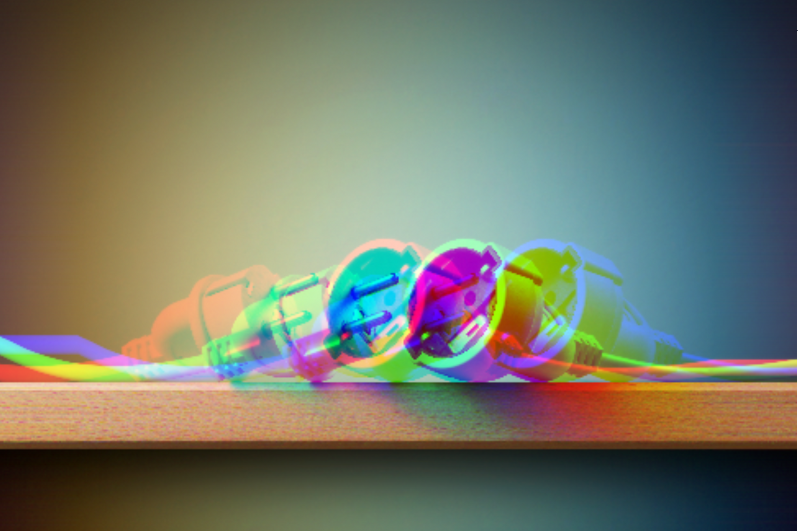 Digital rights organizations in Ecuador continue to closely monitor state attempts to influence telecommunications, regardless of the ideological profile of the government in power. Protests are a vulnerable moment for freedom of expression.

In the last five years there have been two indigenous protests of relevant size that managed to influence the international community: October 2019 and June 2022. These social and political events took place against the background of the economic measures that Ecuador agreed with the IMF has taken hold and its impact on Ecuadorian families, especially indigenous families.

Both social conflicts saw more than just police repression; It was also evident that governments were making decisions about access to technology. Notably, during the June 2022 Aboriginal strike, the government attempted to legalize internet shutdowns. It was different in October 2019, where there was no rule on this, but indications that a decision might have been made under the table.

For example, Freedom House noted in its 2020 report that there were deliberate internet disconnections in Ecuador during the October 2019 protests, as also noted by the Inter-American Commission on Human Rights (IACHR). That’s why, Freedom House ranked the country 57/100. It was also recognized by Access Now in its report “Aimed, clipped and left in the dark‘, specifically noting that 14 percent of internet outages in the region in 2019 were attributed to Ecuador. As a result of these incidents, Ecuador was added to the list of countries with intentional internet shutdowns.

Agneris Sampieri, Policy Analyst at Access Now, told Global Voices that unfortunately these disruptions to internet access often happen in the context of protests aimed at “not documenting human rights abuses or violations of people who are demonstrating at the time”. She adds, however, that there is also a tendency for governments to justify these measures as preventing the spread of hate speech or that these disruptions to internet traffic are due to technical problems at telecommunications companies.

In October 2019 there was no regulation that could have affected the internet, but something very different happened during the indigenous protests last June. On the fifth day of mobilizations called by the Confederation of Indigenous Nationalities of Ecuador (Conaje), President Guillermo Lasso appeared on national television to announce the state of emergency in three provinces of the country. When Decree 455 became fully public, Article 9 quickly provoked various reactions:

The right to freedom of information is restricted within the spatial and temporal limitations set out in this Executive Decree. This restriction consists in imposing limitations and/or suspensions or, failing that, imposing quality limitations on fixed, mobile and Internet telecommunications services.

“Well, everything is screwed up. Things are getting pretty ugly,” was the first reaction from Sara Zambrano, executive director of the Center for Digital Autonomy (CAD). Because of her proximity to some social organizations, she recalls that this was a general feeling. Not for nothing: on the fifth day of the indigenous mobilizations, there were already reports of human rights violations through police repression.

“That’s what I thought [the decree] the violence would get much worse. These people [the government] don’t want it to be known what’s happening in Ecuador. So what could be the reason for restricting the use of social networks or the internet if not to impede communication?” she asked.

However, this also reflected complete ignorance on the part of the government, as explained by Francisco Silva, co-founder of OpenLab. He said it was obvious that this measure would create noise on social networks and between social organizations. “That was – politically speaking – a miscalculation, bad advice from someone who has no idea about rights.”

Silva also recalls that everyone was already ready to take action, but the government’s action failed. This happened partly because the digital news site La Posta created a Twitter space on social networks after the proliferation of Decree 455.

Jefferson Sanguña, journalist for La Posta and moderator of the Twitter Space, recalls that when he read the decree he thought it was fake because if it were true he would have to limit his journalistic activities or impose penalties. So the media decided to publish the decree “before we could say anything more”. The space was opened up and attracted the attention of media, journalists and activists, among others.

Sanguña said that during the development of Twitter Space, he received a message from his agency saying that the Presidency’s legal secretary, Fabián Pozo, had asked to attend. As the official entered, he was asked why President Lasso, who has always described himself as a defender of freedom of expression, issued a decree that reflected the opposite. Sanguña recalls that Pozo focused on confirming that the “Gobierno del Encuentro” (“Government of the Assembly”) – the slogan of Guillermo Lasso’s government – respects the work of the press and, from that moment, Decree 455, which bore the signature of President Guillermo Lasso became, in Pozo’s words, a “draft”.

So the government rushed to correct it. Pozo, at 00:44 on June 18, confirmed on his Twitter account that “there is no restriction on the freedom of the press and freedom of information,” a thing that would stand at the end confirmed an hour later on the official Twitter account of the General Secretariat for Communication of the Presidency.

La Posta learned through his sources close to President Lasso that the measure was aimed at prevention and security issues “because they had reports [from the government] that they were trying to plan something stronger [by part of the protesters]a direct attack to perhaps overthrow the government.”

The fact that the decree is a “draft” did not prevent various national and international organizations mainly dedicated to open technologies and digital rights from issuing a statement. More than thirty organizations rejected the “attempts to silence and criminalize social movements”. They denounced the violation of human rights and the use of technologies for surveillance and criminalization, such as the installation of CCTV cameras outside Conaie headquarters the day the indigenous people’s strike began, the confiscation of social activists’ electronic devices or the DDoS attacks on the media and websites and the Suspension of Accounts in social networks of the social organizations that took part in the protests.

After the decree was lifted, suspicions remained that the government would intervene in telecommunications. Although the CAD did not monitor incidents during the indigenous strike in June – because it suffered a raid last April over the case of Swedish programmer Ola Bini, who has been in custody since 2019 – they are aware that there may be problems with of digital security gives context to social protests. Although people can also “get into a state of paranoia, that is, one organization actually suffers an attack and the others start noticing little things that can be due to a variety of factors and attribute them to a government attack,” Zambrano said says.

There’s always a suspicion that governments don’t necessarily need a legal way to make these decisions because they’re “playing their cards under the table,” says Silva. Zambrano underscores this view by saying, “Governments have all the power and resources to restrict how people communicate. I think it would be pretty naïve to think that something like that wouldn’t happen.”