Vladimir Putin would sacrifice 20 million Russian soldiers to win the war with Ukraine and ensure his political survival, an exiled Russian diplomat has said.

Boris Bondarevwho left Russia’s permanent mission to the United Nations in Geneva because of the war, told Sky News Putin’s “luck is over”.

Speaking to Beth Rigby, he said: “I think the 20 years of his tenure have been very fortunate for him.

“He’s not smart, he’s just lucky. Now I think his luck is gone.”

Mr Bondarev, who worked in nuclear disarmament, described the extent of Mr Putin’s despair – he was willing to see more than a tenth of the population killed in the conflict.

“After losing the war, he has to explain to his elites and people why that is, and he may have some trouble explaining that.

“And after that there may be opposition who will try to unseat him or he will try to purge his subordinates to find some people who could be blamed for all these problems. There will be a period of internal turmoil.

“You should have no doubt, he can sacrifice 10 or 20 million Russians just to win this war, just to slaughter all the Ukrainians because it’s a matter of principle. For him it is a question of political survival.

“You have to understand that if he loses the war, it will be the end for him.

Mr Putin’s decision to add 137,000 troops to Russia’s armed forces next year has prompted allegations that he is leading young, inexperienced conscripts to their deaths.

Others have claimed they are being tricked and misled.

Two months of fear before he could end the Russia mission

Mr Bondarev, who lives in Geneva, said he made his decision to quit when tanks crossed the Ukrainian border in February, but he couldn’t go until May.

“I had a few things to settle before I quit,” he told Beth Rigby Interviews. “My cat was in Moscow at the time, so we had to bring him back to Geneva, and that took three months.

“During those two months I was very scared.

“After the war started, they [colleagues] everything turned out to be warmongering and very happy with what is going on.”

However, he said he “can no longer work for this government, this country”…”committing war crimes and terrible mistakes and crimes against our future generations”.

He admitted that he “didn’t think President Putin would seriously start the war” before it happened.

But now, as intelligence officials warn the Kremlin may be planning a nuclear strike in the Black Sea, Mr Bondarev claims the threat is not one to be taken lightly.

“I believe there may be some plans to somehow use nuclear weapons during this war in Ukraine,” he said.

“The West needs to be consistent in removing Putin, I think, because as long as he and his regime are still in power in Russia, the threat of nuclear war is going nowhere.”

He added that the Russian leader is using the nuclear button to “force other countries to do whatever he wants,” which he says is a “new level in nuclear weapons history” and a “very dangerous development.”

Mr Bondarev suggested that since “Putin believes he is already fighting World War III,” NATO should consider entering the conflict.

NATO expansion in Eastern Europe was one of the main reasons Putin cited for starting the war.

Most intelligence officials agree that formal NATO involvement would lead to a major escalation.

“That’s why I think NATO needs to redouble its efforts and help.”

He added that while Mr Putin is vehemently opposed to NATO, the views of the Russian people are different.

“Russians, especially the younger generations, don’t see NATO as some kind of existential enemy, they are totally fine with that because NATO is a defense organization,” he said. 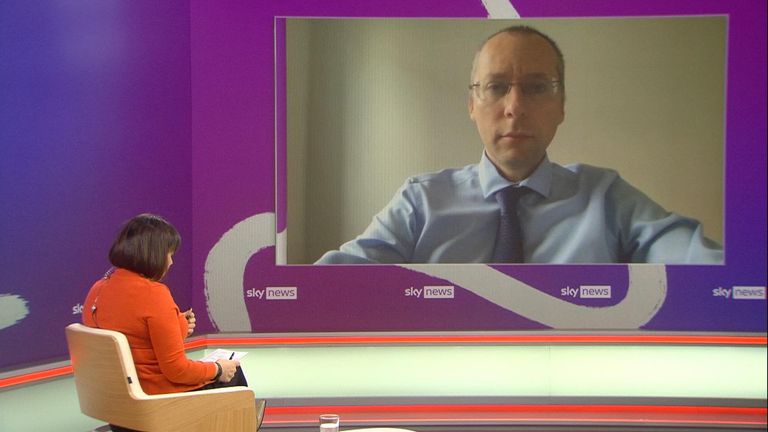 He cast doubt on hopes of getting China’s President Xi Jinping to de-escalate tensions with the Kremlin.

“The problem is that China is not very interested in defeating Putin, especially Ukrainians and Westerners.

“Because Putin is now drawing a lot of attention from the US, the attention they are turning back to China instead.”